A Small Indiscretion by Jan Ellison

Hi guys and gals!
Welcome back to another week here at Satisfaction for Insatiable Readers, where we strive to help you kick off each and every week right.

In the book spotlight today is a title that released at the start of the year via Random House.  It's the first book from an author that's had her short story work already in print, and stars a tale of passion and pain, romance and entanglements, secrets and misplaced revenge.  Sound good?  I'll let you be the judge but one can't even begin if not introduced, so let's get on with the show!  Today's book of choice is... 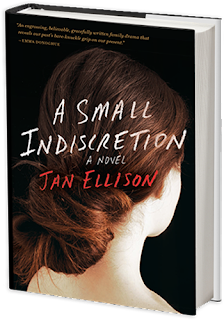 About the book...
At nineteen, Annie Black trades a bleak future in her washed-out hometown for a London winter of drinking to oblivion and yearning for deliverance. Some two decades later, she is married to a good man and settled in San Francisco, with a son and two daughters and a successful career designing artistic interior lights. One June morning, a photograph arrives in her mailbox, igniting an old longing and setting off a chain of events that rock the foundations of her marriage and threaten to overturn her family's hard-won happiness.

The novel moves back and forth across time between San Francisco in the present and that distant winter in Europe. The two worlds converge and explode when the adult Annie returns to London seeking answers, her indiscretions come to light, and the phone rings with shocking news about her son. Now Annie must fight to save her family by piecing together the mystery of her past -- the fateful collision of liberation and abandon and sexual desire that drew an invisible map of her future.

INDISCRETION:
Behavior or speech that is indiscreet or displays a lack of good judgment.

Oh there are so many places I could go with a definition like that as it applies as much to the story and individual characters as it does to my overall experience...but we'll leave that alone for a moment.  Let's jump in with two feet, shall we?

Annie Black is a curious woman.  Much like any other, she lived a life filled with curious happenings (work/study abroad, romantic engagements with an older MARRIED gent and a playboy involved with the wife!) and worldly wanderings (London! Ireland!) in her younger days, only to land in a safe harbor of a life with a loving husband, children, and a family dog.  Yes indeed, she was living the life until a series of events played out (a strange picture's arrival, a young woman seeking refuge, a crash, and potential loss of all she holds dear) and the past caught up with her in a most unexpected way.  I'm sure you've heard a phrase along the lines of don't do today what you may regret tomorrow...well, let's say that although most of what was done was certainly without regret, that lingering tinge of guilt would prove a point of undoing.  Getting to know Annie was a multi-layered task and the glimpses we catch are never fully developed but by book's end, we come to see as does she that some things can stand the test of time as well as those of life. 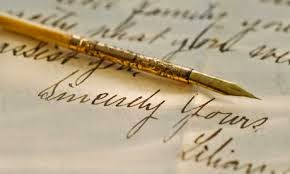 The gents in her life all have starring roles as well.  From the married Malcolm to the strangely enticing Patrick, the handsome manly Jonathan and her beloved son Robbie, they all have parts to play in this mystery in the making...some don't even realize it.  The roles they had in her younger days all mix and mingle to created a woven tapestry that is certainly hard to unravel, but unravel it does as Robbie is drawn unwittingly into the web with potential deadly consequences.  I can't allude to much without spoiling it all, but some things are best left in the past for a reason, and some things are best left said rather than made permanent in ink and paper form.  Now, we've discussed characters and story, let's talk writing style and overall experience....

For the life of me, I could not connect with the story on any permanent level.  Nope.  Try as I might, it wasn't happening.  The narrator felt distant, just outside of my grasp, despite it being our leading lady.  The story bounced between past and present as promised but in leaps and bounds that weren't always easy to follow.  The present as it was was being told as if reading her personal thoughts from a journal about the day, not as they transpired so in essence you were constantly in the past tense of things.  It just didn't work for me. 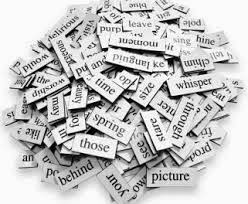 In the end, my thoughts on the read were a bit scattered.  Did I get the overall story?  Yes.  Was a captivated by each and every page?  Not until the final few chapters...and those I was certainly hanging on every word.  Would I recommend it to fellow readers?  Yes, so long as you go in knowing about the jumps and story telling style so it doesn't take you unawares.  I enjoyed the final assembly of Annie's pieces at book's end, but the journey was more task than joyride.  There, I've said my piece...but, I am MOST curious to hear what other readers say.  So if you've read it, DROP A COMMENT!  If you haven't but do, stop back by!  I've love to see what you took from the narrative and compare notes. 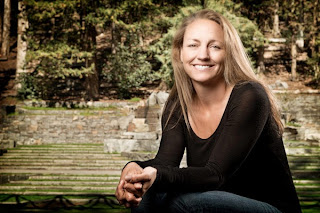 Jan Ellison is a graduate of Stanford University and San Francisco State University's MFA Program. She has published award-winning short fiction, and was the recipient of a 2007 O. Henry Prize for her first story to appear in print. Her work has also been shortlisted for The Best American Short Stories and the Pushcart Prize. She lives in Northern California with her husband and their four children. A Small Indiscretion is her first book.

Special thanks to Leyane at FSB Associates for the review copy and the chance to bring this promotion to you.  (THANKS!)  For more information on the title, author, publicist, or publisher, please feel free to click through the links above.  This title is available now via Random House, so be on the lookout for it on a bookstore shelf or virtual retailer of your choosing.

Alas probably not a book that appeals to me but then never say never.

It pays to remember that the grass is not always greener on the other side of the fence. A book for an. adult mind I feel