The Daddy Diaries by Joshua Braff

Well, you did it.  You made it through another week.  Congrats!  I have to wonder though, was YOUR week anywhere near as crazy as this dad's week, nay life? Hmm...I don't know.  Let's check it out, shall we?  From the author we featured earlier this week in a Guest Post discussing just how much of his work is real life versus fiction, he comes today's book of choice... 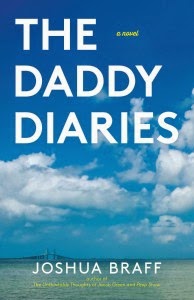 About the book...
Jay and Jackie uproot their family of four from San Francisco after Jackie loses her job but finds a lucrative new one in St. Petersburg, Florida. Jay, a one-time copywriter and aspiring author, now plays househusband, caring for his troubled thirteen-year-old son and precocious daughter as they adjust to their new life. As his children begin to assert their independence, Jay realizes that the challenges of child rearing are only going to grow more difficult in the teen years. Through a series of misadventures and run-ins with his narcissistic older brother, his lunatic childhood friend, and his increasingly estranged but beloved son, Jay learns that he must tap his own vulnerabilities if he is to be the rock of stability his family so desperately needs. Overflowing with pathos and humor, The Daddy Diaries is a memorable take on contemporary fatherhood and a clear-sighted look at how the upending of traditional marital roles can affect the delicate balance of familial love. 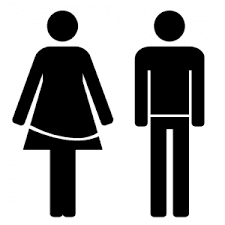 Role reversal.  It's not a new topic nowadays but it IS when it comes to works of Fiction, or at least it is in my own reading world.  Anywho, it was interesting to see how things worked from the guy side of it all while the little lady was the bread winner of the household.  (Oh and yes, I did just use the "little lady" phrase, but it was fair game with the whole guy role versus girl role stereotype breakthrough; don't you think?)  Did it cause grief?  Sometimes, but what marriage DOESN'T have obstacles.  Their problems were created by distance in miles as well as of the heart.  Once they finally got everything out on the table and were on the same page, things progressed a bit more copecetically.  Was it easy?  Heck no...but that's the reality of it all that makes it all the more believable a tale.

So, if you read the Guest Post this past Tuesday, you already know more about this book than you might think.  The entire story of Jay and family is chronicled in a combination of journal entries and this-is-happening-now moments.  From the "Trying" days (and we're not talking about marital spats...yet) to the "Elite 2" trip that sent our two men of the house to opposing corners, the "Hangover" that was the least of what he deserved for the situation he landed himself in to the "Kidnap" that resulted in a right hook being caught by his eye but was still absolutely the right move, there's a glimpse of life from the other side of the diapers from a MALE perspective.

In conclusion, a tale of Fiction derived from real life that'll make you wonder where one ends and the other begins...in a good way.  You'll laugh at some of the antics, raise your eyebrows at others (good gravy, that childhood friend of his that moved the amber water and was a total a**...ugh!), and find a bit of yourself somewhere along the way.  Don't believe me?  Well then, I guess you'll just have to read it to find out now won't you?  ^-^ 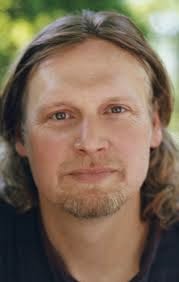 Joshua Braff grew up in South Orange, New Jersey, and graduated from Columbia High School and NYU. He earned an MFA in creative writing/fiction from St. Mary's College of California. Josh's first novel The Unthinkable Thoughts of Jacob Green (Algonquin Books, 2004), about a dysfunctional, Jewish family in late ‘70s was chosen as a Barnes & Noble Discover pick. Peep Show (Algonquin Books, 2010), his second book, was about a 17-year-old boy forced to choose between his Orthodox mother's life and his father's career in the porn industry. People Magazine raved, "Braff skillfully illuminates the failures and charms of a broken family. That teen longing for adults to act their age haunts long after the final page." Josh lives in California with his wife of almost 20 years and their two kids. He is an avid baseball fan and an accomplished painter who plays guitar and drums. The Daddy Diaries is his third novel.

Special thanks to Meg at Literary Tandem for the ARC for review.  (THANKS!)  For more information on this title, the author, the publisher, or publicist, please feel free to click through the links provided above.  This title reached published status just this month via Prince Street Press, so be on the lookout for it on a bookstore shelf or virtual retailer of your choosing.

FOR YOUR CHANCE TO WIN A COPY, CLICK HERE TO ENTER THE GOODREADS GIVEAWAY NOW THROUGH MAY 31, 2015!

Thanks for the chance to win Thi book I'd love to read it. it Sounds like real life especially since the role reversal happens frequently and like all of life can be a challenge