Today, we're playing host to a BOOK SPOTLIGHT along the Pump Up Your Book tour for a Young Adult Sci-fi pick that you might want to add to your "to read" list.  It takes place her on Earth as it's about to become meteor chum.  *-*  Ready or not, make way for today's book spotlight title... 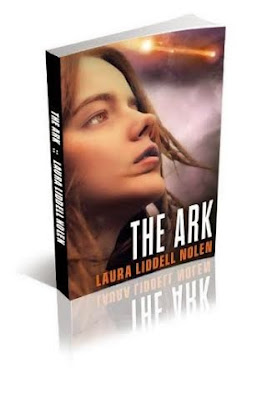 There’s a meteor headed for Earth, and there is only one way to survive.
It’s the final days of earth, and sixteen-year-old Char is right where she belongs: in prison. With her criminal record, she doesn’t qualify for a place on an Ark, one of the five massive bioships designed to protect earth’s survivors during the meteor strike that looks set to destroy the planet. Only a select few will be saved – like her mom, dad, and brother – all of whom have long since turned their backs on Char.
If she ever wants to redeem herself, Char must use all the tricks of the trade to swindle her way into outer space, where she hopes to reunite with her family, regardless of whether they actually ever want to see her again, or not . . .

Goodness!
Who gave them the right to decide who is worth saving and who isn't?  Sad part is, I can TOTALLY see this happening if circumstances actually came to having to leave the planet, couldn't you?  Yep, that's what I thought.

I do like the sound of our potential heroine though.  She's got spunk, especially if she's going to fenagle her way on board a ship where she's not a listed passenger in the hopes of seeing those that would rather not see her.  Guts girl!  You're made of them!

DID WE LEAVE YOU WANTING A LITTLE MORE?  GOOD!  BUT SERIOUSLY, FOR AN EXTENDED TEASER, CLICK HERE TO READ CHAPTER ONE! 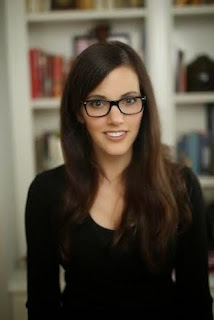 Laura Liddell Nolen grew up in Hattiesburg, Mississippi, where she spent lots of time playing make-believe with her two younger brothers. They supplemented their own stories with a steady diet of space- and superhero-themed movies, books, and television. The daughter of a comic book collector, she learned how to handle old comics at an early age, a skill she’s inordinately proud of to this day.

Laura began work on her first novel, The Ark, in 2012, following the birth of her daughter Ava, a tiny rebel and a sweetheart on whom the novel’s main character is loosely based. Completion of The Ark was made possible in part due to an SCBWI Work-in-Progress Award.

Laura loves coffee, dogs, and making lists. She has a degree in French and a license to practice law, but both are frozen in carbonite at present. She lives in Houston, Texas, with her husband and two young children, and their dog Miley, who is a very good girl. 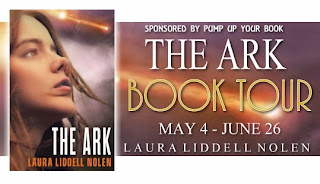 Special thank to Dorothy at Pump Up Your Book for the chance to participate in this promotion.  (THANKS!)  For more information on this title, the tour, the author, or those promotions on the horizon, feel free to click through the links provided above.  This title is available now, so be on the lookout for it on a bookstore shelf or virtual retailer of your choosing.

Ooh, sounds good. Definitely another for the wish list.