Autumn in the City of Angels by Kirby Howell

Hi there!
Welcome back to the site that aims to please the bookish side of you, Satisfaction for Insatiable Readers.

Today, we're taking a look between the pages of a book I finish in no time flat.  Now before you ask, it wasn't because it was a short story or a picture book; this Young Adult gem clocks in at just over 300 pages.  No, the reason for my hasty finish was because I simply could NOT put it down!  Good thing too, considering it's the first of a trilogy...*adds to wish list*. (*fist pump*)  Anywho, before I get TOO sidetracked with my own enthusiasm, allow me to properly introduce today's book of choice... 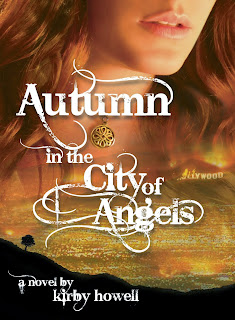 About the book...
A plague of epic proportion sweeps the globe, leaving less than one percent of the world’s population immune. Among the living is Autumn Winters, the teenage daughter of a famous actress.  When Autumn’s parents don’t come home and the city is overtaken by a dangerous faction, she goes into hiding with a small group of underground survivors.  They’re led by a mysterious young man who harbors an unearthly secret, and with whom Autumn feels a deep connection.

A quick summary...a post-apocalyptic story of just what would happen if less than 1% of the population were to survive a deadly plague; in two words...utter chaos.
Now for the LONG VERSION.... 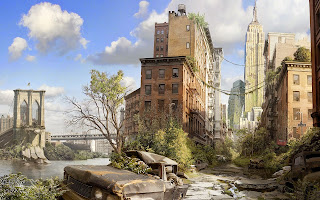 The story sweeps you away right from the start as we meet Autumn on a usual afternoon, heading for the coffee shop to have a cuppa with her bestie.   Cue news reports of an epidemic flu, being referred to as the Crimson Plague, spreading faster than wildfire through a tinderbox, clear around the world.  Less than 24 hours later, there is only a handful of people still alive, and even less that know that each other exist...until now.   Autumn has been lucky thus far living atop the Waterfall Tower, her picturesque home pre-apocalypse, but luck can only take you so far in this newly emerging world and fate is not the only thing that wants its say.  There are those that would lead the survivors with promises of new beginnings and family,  and there are also those wielding these same ideals to bend the wills of the remaining to their own power filled dreams.  Which side will Autumn choose and to what end?  It's all inside waiting for you to discover...

Story wise, I was pleasantly surprised by the overall tale.  I didn't expect to like Autumn's experiences so much and once certain things were revealed in regards to Grey, I was fully prepared to raise an eyebrow towards the heavens and write the rest off.  SO GLAD I DIDN'T!  I think it's because the author made everything easy to step into.  The circumstances weren't ideal and the timing was certainly anything but perfect but you could really see it all happening as laid out before you.  There was never a time of stopping to ponder why on earth something was the way it was.  It was very easy to take everything at face value while being completely immersed in a world somewhat apart from your own (but only just).  The way events unfolded, be it relationships, power struggles, or revelations, made you feel like you were right there, for better (Grey, Autumn, the Waterfall Tower...need I say more?) or worse (the harrowing scenes from the radio station).  Moving forward....

I loved how the authors kept the characters, reactions, and general situations REAL.  You could feel Autumn's anxiety and loneliness at the same time her will to survive was kicking in (The Front may seem welcoming but so does the lure fish before it eats its prey).  Her fierce determination to overcome everything thrown in her path was  empowering.  Her selflessness touched your heart (leaving The Underground to try to save Ben and Rissi despite what they might do to her in turn) while her willingness to wear her feelings on her sleeve (honesty with Ben AND Grey) made it clear that hardness in spirit doesn't mean you're untouchable.  Needless to say, she's someone worth knowing.  As for the other stars of the show... 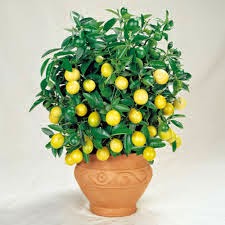 Ben is a great guy, smart, funny, entertaining, but is he THE guy?  The jury is out for now.  Rissi is the sweetest little girl ever and I love how open she is despite all that she's had to endure at such a young age.  Connie is a great choice for a mother figure in this time of need.  Her BIG heart has enough love for them all and her kindness is abundant.  Then we have Todd, Lydia, and Grey.  They can't be separated in my mind simply because of the truths we've uncovered about them all and yet my feelings towards each differ.  Todd meant well, but he could be a hardheaded butt.  Lydia was certainly a talented medical wiz but Bedside Manners 101 was a class she failed to attend (explained later on, but still).  Grey is simply, Grey.  *sigh*  No, really.  He's a great guy (term used loosely, again because of the skeletons in his closet) and I loved watching him unravel thanks to the feelings churning just below his ever perfect surface.  It'll warm you from your head to your toes and once the realization of what it all means arrives, it means THAT much more.  I can't wait to see what happens after that jaw dropping end....talk about a cliff hanger!

So, in summation, because honestly, I could keep going and going, it's a great start to a promising trilogy that has a little bit of everything.  Post apocalyptic world?  Check!  Danger and adventure?  Check!  Good guys and bad guys (in all senses of the terms)?  Check!  Love triangle?  Check!  Fab lead worth knowing?  Check!  Life, love, loss, and heart to spare?  Check!  Like I said, it has it all and all you have to do to discover it is turn the page.... 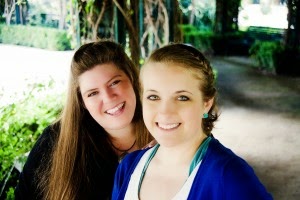 Dana Melton and Jessica Alexander, who write under the name Kirby Howell, have been writing together since 2000 when they met as freshman in their first script writing class at the University of Alabama.  Dana, a native Southerner, quickly showed Jessica the ropes and the joys of living below the Mason Dixon Line.  Having lived in nearly every other part of the country, it didn’t take Jessica long to acclimate to sweet tea, grits and football.  Four years later, with a couple of film degrees under their belts, they moved to Los Angeles to pursue their professional writing careers.

Special thanks to Crystal and the author duo that is Kirby Howell for the SIGNED review copy.  (THANKS!)  For more information on this title, the trilogy, the authors, or other potential flights of fancy, please feel free to click through the links provided above.  This title is available now, as well as book 2, Autumn in the Dark Meadows, so be on the lookout for it on a bookstore shelf or virtual retailer of your choosing.  (Oh and book 3 is a WIP RIGHT NOW tentatively titled Autumn in the City of Lights!  Are you excited, because I sure am!)

A story about plague that sweeps you away right from the start? Sounds like my kind of read.

Looks like I won't be putting one down either. This book not only sounds believable but exciting frightening too. Gotta go got a book to devour girl runs to bookstore money in hand