Today, we're playing host to a stop along the TLC Book Tours circuit for a Romantic Suspense novel you won't want to me.  It has action and romance.  Battles won and lost.  Strengths found and weaknesses preyed upon.  Have I caught your attention yet?  Okay, well for those still seeking a little something more, would a Kentucky born gentleman in SEAL clothes with a heart of gold and looks to kill (in all respects) weigh things greater in its favor?  Yeah, because it has ALL THAT and more.  ^-^  So, ladies and gents, with out further ado, today's blog tour guest and book of choice is... 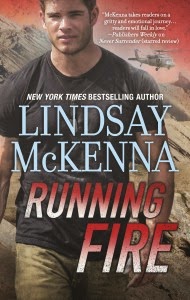 About the book...
He was a haven in the midst of Hell…

Temporarily assigned to the Shadow Squadron in a troubled region of Afghanistan, Chief Warrant Officer and pilot Leah Mackenzie is no stranger to conflict—even if most of her physical and emotional scars are courtesy of her vicious ex. Still, she's got a bad feeling about picking up a team of stranded SEALs. A feeling that's all too justified once enemy fire hits their helicopter and all hell breaks loose…

SEAL Kell Ballard's goal was to get the injured pilot out of harm's way and find shelter deep in the labyrinth of caves. It's a place of dark intimacy, where Leah finds unexpected safety in a man's arms. Where prohibited attraction burns brightly. And where they'll hide until the time comes to face the enemy outside…and the enemy within their ranks.

I've had a run recently of several REALLY GOOD reads.
This one...just happens to be one of them.
Yay me?  Oh no, yay US! 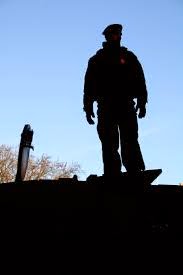 When I first read about this one, I was of two minds.  On one hand, the story sounded really promising but on the other hand, I was afraid the romance aspect would get in the way of the whole story.  Boy was I happily surprised to find out that not only did story stand on its own two feet, but the romance was a happy (and guilty) pleasure.  We start with a female pilot as part of the elite Shadow Squadron fighting for her life among the wreckage that was her helo and flight crew.  She's wounded and in enemy territory.  Thank goodness SEAL Kell Ballard was close at hand!  Now before you go letting your imagination run wild, it's not a damsel in distress type rescue leading to romantic entanglements and happily-ever-afters...though some of those things DO actually happen.  No, Kell is a professional and a gentleman.  Despite all that interests him about the woman who has landed in his backyard, he keeps things on the up and up, allowing her to get her barrings and heal.  But the wounds we see are just the beginning, for although she is a strong military presence, there is a darker side to her life that she's hidden for many years.  Trauma has a way of breaking down the barriers we've built to protect ourselves...luckily so does love.

I really enjoyed getting to know our two leads.  Leah was so strong and unyielding.  Even in the face of her own death, she just couldn't let go.  To see the difference in her personality when it came to matters of the heart, broke your own heart in two.  No one should have to endure what she did but times change and so did Leah.  She just needed someone to help shine a little light on that new found growth.  Enter the light bearer, aka Kell.  Now, I'm not one of those girls that goes all gaga for a man in uniform or loves a Southern drawl (perhaps one of my least favorite actually...sorry boys) but really, if Miss Chief Warrant Officer didn't snap him up, I was next in line!  *wink wink*  He's one heck of a catch.  The kindness he shows Leah in her time of need is heart melting.  The protectiveness he feels towards her is honor worthy not stalker-ish.  His desire to help make her see herself as she truly is and not how she was made to believe is astounding...and we're not even talking about what the man can do when inspired.  (I'll let you interpret that...*ahem*)  Suffice it to say that he's one of the good guys without a doubt and anyone would be lucky to know him let alone call themselves his better half.  Now, back to that story...

The twists and turns that the story takes you through will make your breath hitch, in more ways than one.  We've got warfare and intel.  Danger lurking around every corner from enemies that surround but that also dwell within.  The darkness in Leah's not-so-distant past (spousal abuse) resurfaces building to a crescendo that won't be denied (think ultimate showdown).  Who wins in this unplanned duel?  Nope...sorry.  NO can do.  You'll have to read it to find out but I will tell you this, as much healing as there has been already, there is quite a ways to go before peace will be restored among these ranks. 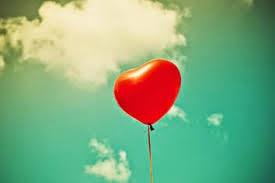 In conclusion, a story that has a little bit of everything:  strong characters that lead with their heads and their hearts, skeletons that won't stay in their closets much to their own demise, and a love that burns like the Afghani sun.  You may not able to hurry love, but you sure can help it along when you show the true colors of your heart, consequences be darned.  Recommended read for adult readers due to some sensual content. 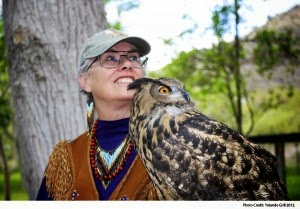 \
Lindsay McKenna is a pseudonym of multiple-award winning  writer Eileen Nauman.  She writes military romances and romantic suspense.  She has had 100  books published under the McKenna name since 1981, most dealing with military or mercenary subjects, for several publishers.  She is known as the “Top Gun of Women’s Military Fiction.”  She created the military romance in 1983 with the publication of “Captive of Fate”, Silhouette Special Edition under her Lindsay McKenna pseudonym.  Since then, it has become a vital and vigorous genre in the romance world.

Special thanks to Lisa at TLC Book Tours and the Harlequin Books team for the chance to bring this tour to all of you and the review copy.  (THANKS!)  For more information on THIS TOUR, the series, the author, the publisher, or those tours on the horizon, feel free to click through the links provided above.  This title is available now so be on the lookout for it on a bookstore shelf or virtual retailer of your choosing.

Sounds like a winner bringing life with it's true aspects into view. Reality is. good sometimes but fiction has its place too . Plan to dig into this one thanks a bunch

A believable romance that makes your breath hitch - sounds like a great read to me!