Hi guys and gals!
Welcome back to another exciting week here at Satisfaction for Insatiable Readers.

For those that are stateside, here's hoping your Mother's Day celebrations/remembrances went off without a hitch.  Mine had a small one, but it worked out in the end.  Gotta love dear old Mom.  ^_^  Anywho, let's crack the lid on this week's bookish fun now, shall we?

Today, we're hosting a stop along the Pump Up Your Book tour starring a Young Adult book that takes us for a new spin on an old tornado.  Worried about my choice of words?  Oh, you'll understand in a moment...trust me.  Ready or not, makes way for Dot Gale and the Empress West...or rather today's title in the book spotlight... 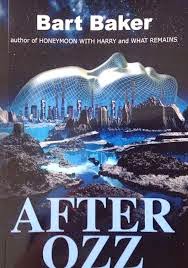 With her uncle, the President of the United States, presumed dead and her beloved younger brother, Ozz, missing, Dot Gale is whisked into an odyssey in a different, very strange dimension. With the aid of three friends she makes on this arduous adventure, Scared Crow, Heartless and half man/half beast, Lars, Dot must battle the diabolically deadly Empress West if she is ever to return home with Ozz. Can Dot survive the evil machinations of the Empress and return home to rescue the United States before her wicked Aunt Emily succeeds with her sinister plan to take over the country?

To Purchase After Ozz: 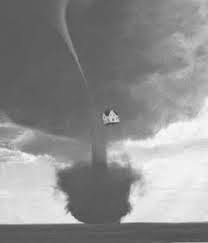 Okay, I don't know about you, but I LOVE the sound of this one!  I know there are other Dorothy-esque tales out there that I've yet to sample, but what can I say?  Knock offs that aren't exactly knock offs and offer their own spin on the tale of old...are just something that appeal to me.

So, what about you?
What caught your attention about this one?
Will it be on YOUR wish list? 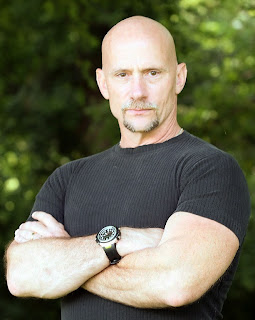 Bart and his family, Pastor Joe Elvis and their two sons Isaiah and Emmanuel, moved to St. Louis, Bart’s hometown. For nearly 30 year, Mr. Baker resided in Los Angeles, where he worked as a writer/producer in the entertainment industry.He has had two feature films produced LIVE WIRE for New Line Pictures, and SUPERCROSS for Fox, as well as eleven films for television, including CHILDREN OF THE BRIDE, which spawned two sequels, BABY OF THE BRIDE and MOTHER OF THE BRIDE on CBS, as well as the Christmas perennial, A DIFFERENT KIND OF CHRISTMAS for Lifetime.

Presently, Mr. Baker has two projects in development, HONEYMOON WITH HARRY a feature film based on Bart’s debut novel of the same name at New Line with Bradley Cooper attached to star. Mr. Baker has also completed his second novel, IMMEDIATE FAMILY. Mr. Baker also has eight produced theatrical plays under his belt.

Writing is his passion and he feels blessed that he’s been able to make a living doing what he loves and for all the interesting people and events that he’s been exposed to through his work. 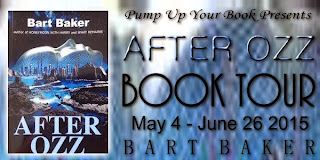 Special thanks to Tracee at Pump Up Your Book for the chance to bring this tour to you.  (THANKS!)  For more information on this title, the author, or promotions on the horizon, feel free to click through the links provided above.

Intrigued by this one, I'd definitely pick it up were I to see it in the library though I'm not sure its one I'd buy.

This read sounds enjoyable I agree Id access the library copy first. If.I liked it t then Id lay down the bucks Thanks again to our superb reviewer saves me oodles of green backs