It's a Ball by J. Morgan McGrady

Hi guys and gals!
Welcome back to the Sunday Surprise edition of Satisfaction for Insatiable Readers.
Why is it a surprise you ask?  Simple!  Normally on Sundays, we forgo the reviews and have a little comic (as in strip) entertainment.  Today, we're seizing the day all carpe-diem-like and shining the book spotlight on a Fiction novel based on real life events, but if the author revealed how much or how little were REALLY true, she'd have to kill you. *-*  Okay, so she probably wouldn't resort to actual death but she'd definitely whip your tail on the court.  Ladies and gents, grab your tennis whites (or preferred color outfit of choice) and prepare for the invasion of the balls!  Today's book of choice is... 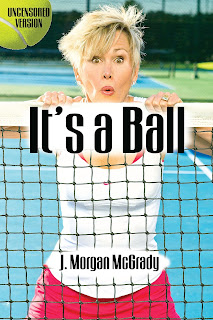 It's a Ball
by
J. Morgan McGrady
9780615997308
About the book...
A raunchy, fictitious novel based on laughable true-life accounts, It's a Ball follows a team of eight misfit tennis players during the Austin League championship season and exposes the real country club tennis culture.
Recreational tennis may sound like fun, but as they soon learn, the competition is a Molotov cocktail shaken with vodka and estrogen. Their underdog team must navigate the perils of contentious rivalries, cheating opponents, scandalous and backbiting rumors, and illegal shenanigans in a quest to become Queens of the Court.

Along the way, they find that tennis is not all about balls, racquets, and team uniforms, but the special bonds between women. Campy and brash, It's a Ball is a story about unlikely victories on and off the tennis court.
~~~~~~~~~~~~~~~~~~~~~~~~~~~~~~~~~~
Okay, so as the description above already warns you, this book can get raunchy; trust me, it's not stated just to include an odd to spell word.  HOWEVER, if you can make it through the private part ruminations, team to team trash talk, and occasional outbursts, I can also promise you this...it is A LOT of FUN! 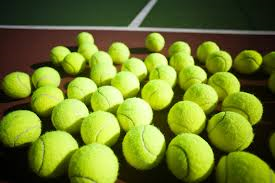 Picture this, a team of eight women giving it their all to win their local tennis tournament, taking down such rivals as the Hot Flashes, and the Net Results, only to wind up going hand to hand with their arch nemesis, The Alley Cats.  *cue dramatic fight music*  It's only a game, right?  Umm, not so much at this point.  It seems one of the ladies has a rather big mouth mixed with a gambling problem, thus a wager is made that is set to make them $8,000...poorer.  What?  They would have to come from 10th place to 1st place in a matter of weeks!  Do you REALLY think they could pull that off?  Well, I certainly won't confirm or deny the outcome, but their march to claim victory as their own certainly had some bloopers (let's just say one of them is a pro at "passing" the time), potholes (doubling the wager...WTH!?!), and marginal success (laced baked goods to keep the customer SATISFIED...and coming back for more whether they wanted to or not) along the way.  What it all adds up to though is something much more...
Though a humorous fictional story, it really speaks of the strength of women everywhere.  It reminds us that our lots in life are what we make of them and anyone can force a change of scenery if they want it bad enough.  You can't help but remember that friendships are things meant to last forever, through thick and thin (we certainly see a lot of both here), and are created not despite our differences but because of them.  Of course, we also have a detailed list of reasons both for joining a local team and against, but in the end, I think the good outweighs the stiff competition. 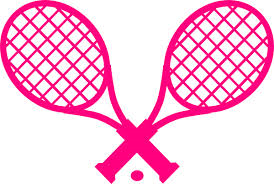 In closing, to believe or not to believe, that is a VERY good question...and one that I actually won't pose to the author because seriously, if some of the things mentioned were revealed as truths, I might be listed as an accomplish for having knowledge of the acts!  *-*  Let's just say, it's better to use your imagination in this case and enjoy the ride.  You'll learn a thing or two about tennis, discover a rather lengthy list of names for both mudslinging AND personal areas of the anatomy, all while discovering more reasons why one shouldn't over imbibe.  You'll laugh, you'll sigh, you'll shake your head at the audacity of it all, but in the end, you'll have had a great time with some lively and colorful ladies.  Recommended read for ADULT READERS ONLY, for the reasons mentioned and alluded to previously.
~~~~~~~~~~~~~~~~~~~~~~~~~~~~~~~~~~~~
About the author... 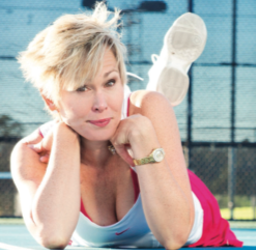 Much to the amazement of the literary world and the public, little is known about the elusive author, J. Morgan McGrady. Only her tennis teammates at Cedarway Country Club and a few folks at the local shooting range claim to know the eccentric woman. At the age of five, J. Morgan was abandoned at a rundown trailer park near the rural town of Bug Tussle, Texas.  She was raised by an elderly woman, Zig-Zag, the owner of a feed store off I- 35. An accomplished comic and satirist, McGrady fostered her writing skills at a young age by first penning humorous stories and unsubstantiated rumors on bathroom doors at truck stops and honkytonks. Later she was accepted, albeit blackmailing the dean of admissions, to Sam Houston State University in Huntsville, Texas.  It’s a Ball is J. Morgan McGrady’s debut novel, however she is completing two more humorous books about her world travels and ranch life in the Texas Hill Country. Currently, J. Morgan and her husband are living in Austin, Texas  with their blind kangaroo, Sheila and dachshund, Fred.
SITE   |   BLOG   |   FACEBOOK   |   TWITTER
~~~~~~~~~~~~~~~~~~~~~~~~~~~~~~~~ 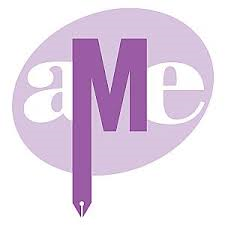 SIGNED review copy courtesy of author J. Morgan McGrady and Penny at Author Marketing Experts, Inc.  (THANKS!)  For more information on this title, the author, or book promotions forthcoming, feel free to click through the links provided above.  This title is available now in print and ebook formats, so be on the lookout for it on a bookstore shelf or virtual retailer of your choosing.
Until next time...happy reading!
﻿
Posted by Gina at 12:00 AM

I can only hope this book is half as enjoyable and entertaining as the review it's like the books rewritten in Cliff. notes I love it Well gonna pop my can of balls and racquet away