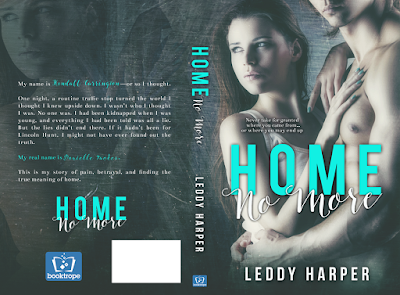 **Recommended read for 18+ due to sexual content**
* Contains adult language.

Never take for granted where you came from...
or where you may end up.

My name is Kendall Carrington—or so I thought…

When 17-year-old Kendall gets pulled over during an impromptu joy ride, she not only discovers she is not the girl she thought she was, but neither is anyone else. Kidnapped when she was young, she is thrust back into a life she doesn’t remember. One where her name is Danielle Tucker and betrayal seems to be lurking around every corner. No longer able to decipher the truth from the lies, she enlists the help of blue-eyed hottie Lincoln Hunt on her quest for truth.

Will she come to terms with her new life? Or will she go running back to the only home she’s ever known?

Whoa.
Could you just imagine?
You leave the house one person only to find out through a chance series of events that you are really someone else?  Definitely head spinning stuff, but it doesn't sound like she'll be all alone in her quest to discover who she really is.  That Lincoln Hunt fella sounds pretty handy... 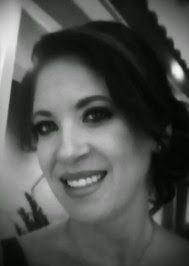 Leddy Harper had to use her imagination often as a child. She grew up the only girl in a house full of boys. At the age of fourteen, she decided to use that imagination and wrote her first book, and never stopped.

She often calls writing her therapy, using it as a way to deal with issues through the eyes of her characters.

She is now a mother of three girls, leaving her husband as the only man in a house full of females.

The decision to publish her first book was made as a way of showing her children to go after whatever it is they want to. Love what you do and do it well. Most importantly Leddy wanted to teach them what it means to overcome their fears.

Connect with her at:

Special thanks to Tia at Worldwind Virtual Book Tours for the chance to bring this promotion to all of you.  (THANKS!)  For more information on the title, author, or future tours on the horizon, feel free to click through the links provided above.  Remember, this title is set to release June 12th via Booktrope so mark your calendar

Can't wait I'm enthused There are books that the cover has made the book I hope that book is as I think great. and stands even naked aka covr rless