Today, we're tackling a new release to the Fiction genre that's sure to raise a few eyebrows at first glance.  Yes, it's one of THOSE books...and by that I mean one with a provocative title that may make some readers bashful and other boastful.  As for me, I contentedly read it in public with a little smirk, knowing that the reactions to it would be split like the Red Sea.  You know why I didn't care?  Because I read the story and while I'm one that certainly loves a quirky title, in the end I care about the journey and that, ladies and gentlemen, is what this one is all about.  Ready or not, here comes today's book of choice... 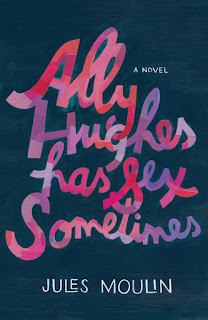 About the book...
When a buttoned-up professor and her unbuttoned daughter fall for the same irresistible man, a delightful, subversive comedy begins. . . .

Life isn’t easy for single mother Ally Hughes. Teaching at Brown, her class load is huge and her boss is a menace. At home, she contends with a critical mother, a falling-down house, and a daughter who never misses a beat. Between taking care of the people she loves, teaching full time, and making ends meet, Ally doesn’t have time for a man. She doesn’t date. She’s not into flings. But then she meets Jake, an eager student, young in years but old in soul, who challenges his favorite professor to open up her life, and her heart, to love. It doesn’t work. In fact, his urging backfires.

Ten years later, Ally’s still single. Jake reappears and surprises her in a brand-new role: He’s dating Ally’s now-grown daughter. In this hilarious, heartrending tale, Ally is finally forced to concede (not only to herself) that an independent, “liberated” woman can still make room in her life for love.

Where this story could have failed, it didn't.  Where this tale should have seemed drawn out, overly detailed, and utterly simple, it wasn't.  All the little parts that might have added up to it falling flat, aided it in prevailing with flying colors. 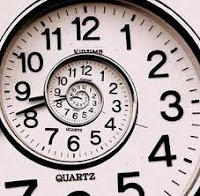 Did I sound too harsh?  Perhaps you think I was playing hardball and just didn't want to admit how much I enjoyed the story.  Quite the contrary actually; it was merely a statement of truths.  I have no problem admitting my admiration of the storytelling, the author's ability to juggle both past and present with finesse, and how the connections that are forged between the reader and the characters certainly feels real.  I was quite amazed actually that despite the chapters revolving around Ally's past all taking place within a two day span, there never seemed to be a dull moment, nor lapse in the memories shared. Talk about an earth-shattering experience!  Though there is an age difference, it's well within the range of acceptable by Johnny Q Public; it only seemed more risque because our professor is not one to take chances, especially those risking her heart...been there, done that..and of course the fact that when we flash forward to the present, her daughter is now seeing him. Well, for now... (consider that your tease...)

Ally is a truly likable character.  She's warm and kind, generous with her time, and despite the walls she's built to protect her heart, ready when it comes down to it to take the leap of faith necessary.  It may have taken her TEN YEARS to get there, but she's ready...if only she's presented with the chance.  I love her responsible nature, the internal dialogue she runs when trying to reason out what may or may not happen,  and the intense love she has for her daughter despite the rebukes she gets at every turn.  On the other hand, we've got Noah Bean aka Jake who seems to be that fabled White Knight most girls dream of with the good looks to complete the ensemble.  Even though you'll be tempted to call BS in response to his actions and motives at times, don't....see it through.  There's more to this gent than meets the eye, though that would be quite enough, and ten years on him only adds to the charm.

Despite what seems like a never ending love fest between lovers, friends, and family, there is a darkness here as well.  We've got body image issues that lead to obsession, sex-camming and the dirty secrets beyond what's being shared on the live stream, and secret lives that can tear apart families and estrange lovers or those to be.  I can certainly say I never saw any of that coming, but it fit seamlessly into the overall picture.   I did have one complaint though, the voice of Ally.  While I enjoyed her character and respected her choices, she was scattered brained at times and that made for a tougher read when navigating some of her conversations.  It created broken sentences and stuttered thoughts, not exactly what you think of when talking about a professor but it did make her more vulnerable, more human.

All in all, I was pulled in by the quirky title, and stayed for the story of two people that despite life and years, manage to stay together at heart.  It's not often you meet characters like these nor a story able to traverse the paths of yesterday while navigating the future.  We're reminded that following our hearts is never a bad thing, nor is giving ourselves a chance to love and be loved, despite the risks involved.  Recommended for adult readers due to the content shared during their initial weekend...hey, they weren't trading dissertations. 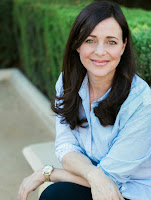 Jules Moulin has a master’s degree in journalism from Columbia University. She spent her twenties writing the Golden Globe and Emmy Award winning series Party of Five and The West Wing. She left Hollywood five years ago in order to work as a full-time mom and splits her time between New York City and Pasadena, California. This is her first novel.

Special thanks to Danielle at Penguin Random House for the ARC for review.  (THANKS!)  For more information on this title, the author, or the publisher, feel free to click through the links provided above.  This title is available now via Dutton, so be on the lookout for it on a bookstore shelf or virtual retailer of your choosing.

A title sure to make people sit up and take notice. I love that as well as the 'love fest' there is also a dark element. Great review, thank you.