BOOK SPOTLIGHT: Ghost on the Lake by Alex Alexander + GIVEAWAY!

Today, we're shining the BOOK SPOTLIGHT on a title courtesy of Author Marketing Experts, Inc.  It's a Mystery/Suspense story with a BIG dose of supernatural and otherworldly forces thrown in that's sure to leave Fantasy fans craving more.  Ready, set, here we go!  Today's featured title is... 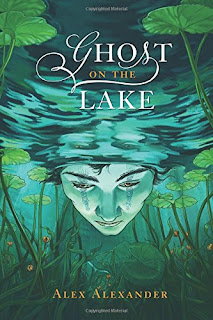 About the book...
Imagine dying very suddenly. Only to realize you may still be alive, but lost in another dimension.

And imagine the terror of knowing the only way back to your body and the love of your life is to overcome the darkest of evils, ancient tribesmen, and the sinister deception of someone you trusted.

Ghost on the Lake pits the power of love and evil in a battle between Earthly and supernatural forces that have the power to change life as we know it.

As students at the University of Chicago, Mike and Laura are soulmates, preparing to spend their lives together. Until unthinkable tragedy strikes. While swimming, Mike mysteriously vanishes. But Laura isn't convinced he has drowned. She suspects other shadowy forces are at work.

She's joined in her quest for the truth by Ron, a close friend from Mike's past. However, things become heated and frightening when Laura and Ron become entangled in a worldwide criminal plot to control a secret substance that makes it possible to leave your body and visit other dimensions

Can Mike escape the clutches of evil and return to his life? Will he be cut off from his body forever by the criminal syndicate tormenting Laura and Ron? Or is his biggest challenge an unsuspecting clan that holds the key to themystery of the secret substance.

The answers will shock you.

And your perception of life, love and death will never be the same.

Well, now.
I'm not even sure where to begin! 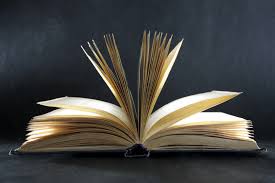 First the whole...SUDDEN DEATH.
Then there's the....MAYBE THEY AREN'T DEAD!
Now what about the...SOULMATES.
Don't forget the...WORLDWIDE CRIMINALS aspect too.

We've got tragedy, plot twists, love, and secret agendas just in the first few lines!  One can only guess what's in store for those that pursue the story from start to finish.  My most pressing question?  Where did Laura get the inkling that SHADOWY FORCES were at work and her beloved wasn't really dead.  I mean, I can understand point blank not wanting to believe something like that, it's part of the natural stages of grieving (aka DABDA) but to think someone or rather something else is behind it all, that's a leap of faith...or maybe there's more too it.  Hmm.  Only one way to find out. Alex Alexander is an experienced physicist and engineer with an extensive international background. Having worked in numerous countries, his exposure to scientific and cultural diversity provides a rich source of insight for Ghost on the Lake, a supernatural thriller that deftly blends science, spirituality, passion and suspense. Alex's professional and personal experiences came together in a highly unique fashion to fuel the writing of Ghost on the Lake. After graduating from college with a degree in Experimental Particle Physics, he began his global travels as he shuttled between various European countries. His professional and academic experience during this time included working in particle accelerator complex and earning his Ph.D.In 2000, Alex was recruited by a leading global management consultancy where he spent more than four years excelling in a number of capacities that included consulting management positions. Since 2005, he has worked with an industrial company where he is able to utilize his broad range of experience within multiple Company divisions.While vacationing one summer with his wife and children in Europe, Alex and his wife had a life-changing encounter with a "spirit presence" that occupied the home in which they were staying. This made an indelible impression on Alex. These fascinating mystical experiences combined with Alex's extensive scientific background, provide a compelling juxtaposition that serves as the inspiration for his enthralling novel, Ghost on the Lake.

Special thanks to Penny at Author Marketing Experts, Inc for the chance to bring this title to the forefront for all of you.  (THANKS!)  For more information on this title, the author, or those promotions on the horizon, feel free to click through the links provided above.  This title is available now, so be on the lookout for it on a bookstore shelf or virtual retailer of your choosing.


FOR YOUR CHANCE TO WIN 1 OF 20 AMAZON E-CARDS COURTESY OF THE AUTHOR, CLICK HERE AND FILL OUT THE RAFFLECOPTER!

Ahhh i really wanna read this one as well :( it looks and sounds so beautiful, i'm sure i'm gonna enjoy it!

This sounds excciting and as always Im all about that. I have to keep my eyes open for when this one arrives at my local store It will be a joy to read