COVER REVEAL: Once Upon a Time University by Savannah Ostler 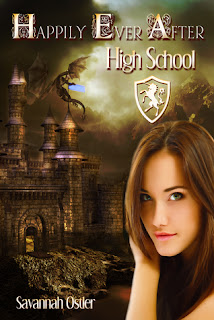 Today, we come to you with late breaking news.  In my email box last night, there was an interesting invitation from Kitty at Ravenswood Publishing.  After reading the contents, I knew I had to join the fun.  Why?  Well you see, once upon a time (hehe) I was introduced to the first book in a planned series by author Savannah Ostler.  It went by the name of Happily Ever After High School.  It was a fun reading affair that took us into the realm of fairytale redos but in a way I hadn't read before.  I laughed, I teared, I got my hopes up and in the end...was thoroughly happy with the adventure within.  So, you can imagine how my interest was peaked when I discovered this mysterious email talking about the upcoming SEQUEL!

That's right!
Albany French and "friends" are back and this time, we're heading to the hallowed halls of higher education...if she can survive the obstacles ahead of course.  *gulp*  Let's read a little more about it... 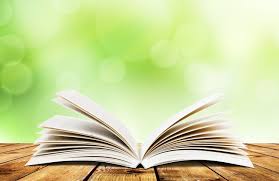 Once Upon a Time University
by
Savannah Ostler

The enchanting sequel to “Happily Ever After High School”

After graduating Happily Ever High, eighteen year old Albany French was living the perfect fairy tale. She had her very own fairy godmother, a delightfully eccentric grandmother, and her boyfriend was her dream knight in shining armor.

At first, it seemed like a flawless freshman year for her at Once Upon A Time University. The campus was magical and enchanted, her classes were extraordinary, and she made surprising new friends.

A chain of unsettling events followed by a twist of fate sends Albany spinning. She is forced to make the most difficult decision of her life - one that could potentially break her heart. The perfect happily ever after was still within Albany’s grasp… or so she thought.

Ooh.
I know I'm on pins and needles!

All the mystery and potential drama but with the fairytale magic we all love regardless of age...just admit it, you know you do.  Consider it added to my wish list, but you didn't come here JUST to read about it now did you?  You came to catch a glimpse of the cover.  Are you ready?  Are you sure?  I mean I could drag it out much MUCH longer if it'd be better for you?

Just kidding!
Even I can't wait to look at it again.
Ready, set, feast your eyes on this... 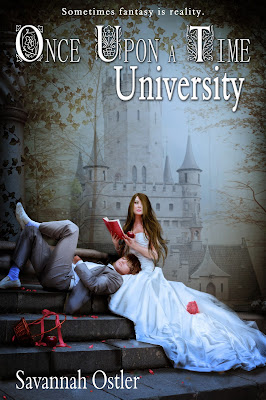 It's a beauty, right?
I love the castle in the background, the way they are lounging on the steps equals parts princess and everyday girl, the book in her hands, the illusion to them perhaps being by a fountain.  Shall I continue?  Nope. YOUR TURN!

Think quick!
Honest reactions.
Jot 'em down in the comments and let's spread the word on this forthcoming bookish treat! 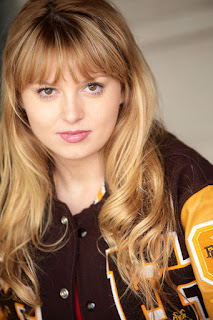 Savannah Ostler was born in Alpine, Utah. Since childhood, she has enjoyed many forms of the arts. It was from her love of performing that she decided to attend East Hollywood High, a school in Salt Lake City dedicated to film, television, and writing.

In addition to acting for both stage and film, Savannah is also a singer, having released several original pop singles, and performing at well known venues in Hollywood such as The House Of Blues, and the Roxy theater.

Although Savannah is incredibly diverse with her talents, her first love is, and has always been writing. She has been writing ever since she learned how to read and write. She enjoys many different forms of writing: poetry, lyrics, fiction, and screenplays. To date, Miss Ostler has written hundreds of original poems, six original songs produced and performed by Savannah herself, hundreds of lyrics not yet produced, over a dozen produced short films, five feature film screenplays, two television pilots, and of course, her first novel Happily Ever After High School.

Savannah has always been a day dreamer and a true kid at heart. When she is not buried in her writing projects, she can be found at Disneyland, living out all of her fairy tale dreams.

Special thanks to Kitty at Ravenswood Publishing for the chance to bring this cover reveal to you.  (THANKS!)  For more information on this title, Happily Ever After High School, or those forthcoming, please feel free to click through the links provided above.  This title is set to release October 2015, so keep a spot open on your wish list as the magical BOOK BIRTHDAY draws near.

Beautiful cover for a beautiful story. There's nothing quite like young love with their glimpses of everlasting happiness This is definitely a chic book while the guys roll their eyes and smile