Today, we're jumping into a Fiction title that will resonate with the adult crowd as well as the tech savvy generation (what are we on now, X, Y, Z?).  It'll makes you really think about the impact of social media on our day to day lives and how those "five minutes of fame" can really mess with our minds.  Put down your smartphones (but only if you're not reading this review on one of course), and get ready because today's ebook of choice is... 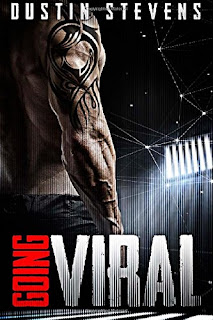 About the book...
Three years ago, Charles Doyle was an average American millennial. At twenty-eight years old he was content to still live in the bedroom he grew up in, working as a manager at the fast food chain he first joined in high school. Upon the death of his father, Charles realizes there might be something more for him out there and decides to try his hand at the potential of social media for introducing himself to the masses.

Starting as a web series of self-exploration, Charles soon finds himself seduced by the allure of faceless followers. What began as a first cigar or shot of whiskey soon escalates much faster, an entire new persona developing.

Told after the fact, Going Viral follows first-person insight into the mind of a man that in just six short months manages to go from an anonymous face in suburban America to internet novelty to ultimately death row inmate Chaz D.

This is a story that really brings to light the darker side of social media.
What's that?
You don't agree?
Well now, let's see...

You've got a relatively unknown every day Joe uber pissed off at his lot in life when his Dad passes away and pretty much no one notices.  He tries his hand at memorializing him and pretty much gets told you suck in not so many words.  But wait...what's this?  Enter a random series of videos of him doing pretty much the dumbest things ever (okay, not the dumbest but close to it sometimes) and TADA!  All of a sudden he's got fans, fame, and notoriety.  Now do you see?

I was actually contemplating something earlier today that ties right into this theory, in a purely non-homicidal way of course.  I enjoying reading immensely and blogging about the titles I venture through gives me a way to share that love with others around the world, BUT one part I've always struggled with is getting interaction.  You know, comments that spark conversations and turn viewers into participants.  It's a stumbling block I fall on now and then, but this time I even reached out on Twitter to get some feedback.  My goal was to see perhaps what works for other bloggers, get suggestions, or simply some votes that agreed going the way of just-not-caring was the right path.  Truth be told?  I got nary a tweet in response.  Now if I let that dictate my self worth, I'd be bottoming out under the sea somewhere, but then again....I have a better grip on reality than our dear friend Chaz here.  The point is with the instant access we have to the masses, anyone can make themselves a household name in a matter of moments, and those virtual likes can really feed into our sense of self, for better or worse. 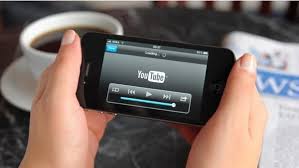 The story and characters presented here are fictitious but read as though they breathe.  I love how although it starts as a recollection of events we keep getting drawn back to the present to gauge reactions, shuffle thoughts, and remember where everything truly led to.  We get to meet some players that are absent today due to Chaz's current living arrangement or you know, the ability to take a breath no longer being an option.  Some you feel sorry for, others...not so much.  Our journalist friend plays her part perfectly; judgmental enough without forcing her preconceived views on the situation.  By book's end, her mind was blown with all that was revealed and she never even saw it coming, nor could anyone really.  You see despite the fact that all their escapades were view-able to millions, they were still cut versions of reality...all except that last LIVE streaming event.  Emphasis on last and live because that's the last time those words would be strung together for at least TWO of our key players.

In conclusion, a much heavier hitting read than I at first perceived and definitely something that the youth of today can relate to.  A cautionary tale of what could be for those that lose themselves in the ether, letting it drive them instead of them driving it.  Book wise, it reminded me of Press Play by Eric DeVine (an AWESOME read by the way) while movie wise, it brought to mind Law Abiding Citizen (hello Gerard Butler!), adding up to a winning combination of grit and truth.  Oh and no, I don't normally make movie to book comparisons but hey, it seemed appropriate considering the story.  Recommended read for older teens through adults...not so much due to content but a need for maturity so as not to get any "bright" ideas. 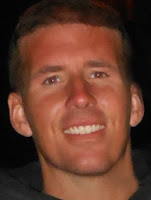 I originally hail from the midwest, growing up in the heart of farm country, and still consider it, along with West Tennessee, my co-home. Between the two, I have a firm belief that football is the greatest of all past-times, sweet tea is really the only acceptable beverage for any occasion, there is not an event on earth that either gym shorts or boots can't be worn to, and that Dairy Queen is the best restaurant on the planet. Further, southern accents are a highly likeable feature on most everybody, English bulldogs sit atop the critter hierarchy, and there is absolutely nothing wrong with a Saturday night spent catfishing at the lake.

Since leaving the midwest I've been to college in New England, grad school in the Rockies, and lived in over a dozen different cities ranging from DC to Honolulu along the way. Each and every one of these experiences has shaped who I am at this point, a fact I hope is expressed in my writing. I have developed enormous affinity for locales and people of every size and shape, and even if I never figure out a way to properly convey them on paper, I am very much grateful for their presence in my life.

To sum it up, I asked a very good friend recently how they would describe me for something like this. Their response: "Plagued by realism and trained by experiences/education to be a pessimist, you somehow remain above all else an active dreamer." While I can't say those are the exact words I would choose, I can't say they're wrong. I travel, live in different places, try new foods, meet all kinds of different people, and above all else stay curious to a fault.

Here's hoping it continues to provide us all with some pretty good stories...

Special thanks to author Dustin Stevens for the ebook for review and to Kathy at I Am A Reader for helping to make the connection with her Blogger Directory. (THANKS!)  For more information on this title, the author, or his other works, please feel free to click through the links provided above. This title is available now via CreateSpace Independent Publishing, so be on the lookout for it on a bookstore shelf or virtual retailer of your choosing.

A bit different from your usual read. I do like the sound of this.

You have quite the inquiring mind as ever quote the raven. nevrr more now for the book quite intriguing exactly my cuppa tea therefore I can't wait to delve in that is to say curl up/enjoy