Courage and Other Demons by Jill Daugherty

Hi there!
Welcome back to another exciting week here at Satisfaction for Insatiable Readers.
Here's hoping the weekend treated you well.  As for me, I did a little shopping, a LOT of reading, and of course a full day of working, but hey...we do what we have to do, right?  Right!  Now on to something I don't have to do but ADORE doing just the same... 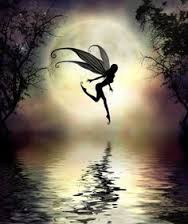 Today, we're shining the review spotlight on a Young Adult Dystopian novel that is the first in a trilogy, more on that later.  In it we find an interesting mix of the here and now with an overlay of lore that will have your paranormal meters reading off the charts.  I'm not talking a whole slew of critters running here and there; here we focus on just one....FAERIES.  Think you know them now do you?  Think again.  Especially when they come in a package as nice as....I mean, *ahem*.  So, who's ready for today's feature?  Without further adieu, today's ebook of choice is... 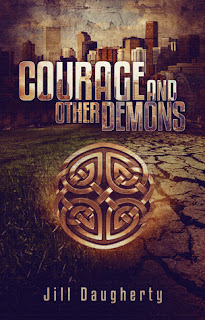 Courage and Other Demons
by
Jill Daugherty
9780988728400
Open Mike Publishing

About the book...
The end of the world will start in the suburbs of Denver with a faery transfer student from Ireland. If you think that’s totally ridiculous, then you understand how Maggie O’Neill feels. In all of her sixteen years, faeries were something you read about in children’s books. They didn’t actually show up on your doorstep. They didn’t kiss you and make your knees go weak and whisper sweet nothings in your ear. Until Simon Brady, that is. Simon changed everything. He makes her heart race and her skin burn with excitement, but he has also changed her core beliefs about the world and made her see it as a dark and dangerous place filled with monsters that belong only in the lines of faery tales. There is no doubt in Maggie’s mind that she loves Simon, but can she see past who he is and find a place for him in her heart?

I've had a slew of titles recently that although I was interested when I signed up, I wasn't so certain when it came time to start the read.  The good news?  Thus far, I've been PLEASANTLY surprised by them ALL.  This one is definitely among them...

Maggie is a great leading lady even if she doesn't think so.  She's easy to relate to, knows how to choose her friends (her besties is tops!) even though her boyfriend radar (Luke...*grr*) is DEFINITELY off kilter, and will do anything for those close to her heart.  When things get tough, Maggie...well, she shuts down a bit but in the end, she's one on which you can depend.  Good thing too considering what her future holds.  No, we're not talking about Senior year in High School either.  Speaking of which, that brings us to her counterpart in all of this, Simon.  A great leading man?  Um, YEAH...of course, that is in spite of him not actually being JUST a man.  Hey, if Bella can have her sparkly vamp, Maggie should be able to have her faery.  Getting her to believe that he is one though may be a bit harder than you think (one of many funny scenes as she thinks he's trying to "come out" to her not explain his less than usual heritage) but after its made crystal clear, there'll be no turning back. 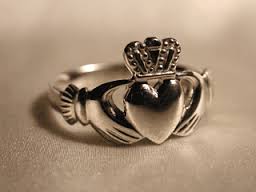 Is that for better or worse though?  Ah, now that I can't reveal for it spoils the fun!  I did make the 'Twilight' analogy, I know....but that doesn't mean everything works out for this potential couple despite what a wizened old woman predicted once upon a time.  Back on target though, Simon is one of a kind and I'm not just talking about his abilities.  He's caring and protective, a true gentleman that knows how to treat a lady who's not afraid to give her a book as a present.  (Are you swooning?  You should be...)  Of course, some of those very things should have tipped Maggie off that he was more than he seemed and the fact that he was hiding something was no big surprise, but the what and the why are valid in my book.  Though I could talk about these two all day, allow me to press forward with the story...

As I already said, I was impressed at first glance but not certain at first read...and then, I became an addict with my addiction being FINISHING THIS BOOK!  For those of you that have followed me for any length of time, you know my love/hate relationship with ebooks.  This one?  Once I started it, I couldn't stop.  I HAD to know what would happen next.  The combination of family, new love, world-ending baddies, and Irish lore kept me flicking pages as fast as my eyes could interpret the characters in front of me.

As action packed and earthshaking (literally with the earthquakes and tidal waves going on) as the story was, it wasn't without its humor.  One of many such parts occurs approximately 45% through the eBook between Maggie and Simon just after he reveals himself to be what he is and she is trying to reconcile that with her reality....

"Are you human? "
“I’m basically human.”
“Basically?”
“Mostly.”
“Mostly? What are we talking about here, Simon?
Do I have more chromosomes in common with you
or with a chimp?”

...see what I mean?  Then there's the other most notable one being the recurring knocks-on-the-door that seem to plague them (inside joke...those that have read it, will get it)...but the carry away from this conversation is that although the stakes are dire, it doesn't mean you can't tickle your funny bone.

In conclusion, a highly enjoyable read that will leave you gasping, crying, laughing, and at times angrier than a mother bear disturbed during hibernation.  One surprise I must say is the story line the Luke was given.  Grant it, he was a BUTT with a capital "A" (yes, I know how to spell, but I think you see where I'm going with this), but I just had this feeling he would turn up again as being a part of one particular UBER baddy's crony crew.  I still have my suspicions, but they also shadow our leading man's previous alliances, or maybe even bloodlines.  *ponders*  I suppose we will have to see, but in the mean time, I would HIGHLY recommend this read to Young Adult and Dystopian fans of all ages.  If you like magic, legends and lore, family relations, and potential relations of a closer variety, this is definitely one for you.

About the author Jill Daughtery.... 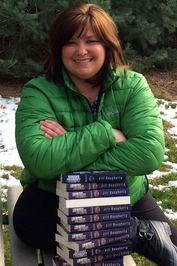 By day, I work with gifted children and their teachers. By night, I write. A lot. Then I write some more. Then I write again. When I try to stop, fictional characters start pestering me, screaming in my head until I write down their stories. Would it be really pathetic to say that my characters are my best friends? Yeah. You’re right. That’s pathetic. I was just kidding. They’re not my friends. No, really. I absolutely understand they’re not real. I promise. But every once in a while, I forget. 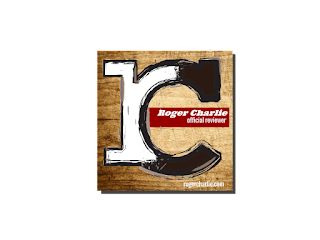 Special thanks to Samantha at Roger Charlie for the eBook for review.  (THANKS!)  For more information on this title, the author, or future promotions on the horizon, feel free to click through the links provided above.  This title is available now via Open Mike Publishing, so be on the lookout for it on a bookstore shelf or virtual retailer of your choosing.  Oh and for those interested, there are TWO other books that round out this trilogy ALSO available now!  (Both of which are currently residing on my wish list for a future read... ^-^)

I LOVE this review! Very similar to the way I like to write - thoughtful, but with a touch of humor. Thank you!

My pleasure. Thank you so much for stopping by!