Hi guys!
Welcome back to another BUSY week here at Satisfaction for Insatiable Readers.

That's right.  You read that correctly.  We're kicking off another JAM PACKED week of reading and posts with a military themed Women's Fiction title that packs quite a punch into its 128 page count.  No lie!  So if you're ready for a little genre crossing adventure, please join me in welcoming today's ebook of choice... 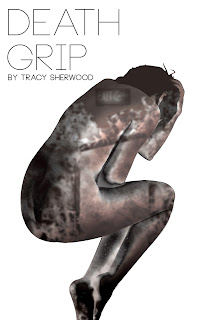 About the book...
War hero Kat Hartley is home from the Middle East, struggling to return to her life as a wife and mother. But Kat is locked in a battle with Post Traumatic Stress Disorder that threatens to destroy her and her family. Imprisoned by shame after helplessly watching her fellow soldier die in a fiery Humvee explosion, Kat can’t escape his terrified eyes. They haunt her daylight hours and torment her sleep at night. However, Kat is held in the clutches of a darker secret. The doomed soldier was also her lover…and the husband of her now-widowed sister.

Kat will never truly be free until she confronts the guilt over her past. But can she conquer the enemy within that holds her in its death grip? It’s a fight she must win at any cost. Or lose what matters the most.

First things first...I'm not a big fan of the cover.
I know it's shallow but for those that don't know the author's work or anything about the title, something has to speak to them.    Now having READ the work, I can see where the author was coming from in its choice.  To me, the title character is depicted as she's assaulted by yet another moment from her past aka in "death's grip".  It makes sense, but at first glance, it's a harder fit.  So, the title...definitely; the cover...not so much.  Moving forward to that ever important story... We're introduced to Kat in the most significant way we can be in order to understand what she's going through throughout the book.  It sets the stage for all those duck-and-cover events to follow as well as the secret keeping, truth avoidance, and lashing out that comes from unwarranted amounts of stress.  She's one tightly wound ball just waiting to burst and the fact that she doesn't seek out assistance to deal with her PTSD makes things THAT much worse.  Things come to a head, trusts are broken, and just when all seems lost, a nano sized glimmer of hope appears through the haze.  Can it be reached?  Well now, that all depends upon the strength of our characters and I don't just mean Kat.  They've got their work cut out for them and fate is about to throw a curve ball no one can see coming.  If they survive, they'll be stronger for it...but that "if" is nano sized as well.

I was actually quite surprised by this one to be honest.  Usually when an adult fiction read is just over the hundred page mark (almost novella length), it tends to either lack in story development or gloss over the important things.  Here, neither is the case...in fact, it packs a one two punch!  It's toted as a Contemporary Fiction novel and that certainly fits, but it also has grit, military threads, psychological terrors, familial ties, and love.  It's as complex as its characters with a story line that many can relate to in one way or another, especially the PTSD angle; something that is hard to imagine but the author really put you behind the eyes of Kat when things came tumbling down.  I found it refreshing that a female lead was used in this case, definitely lending to the contemporary edge of the writing.  It allowed us to explore wartime exposure from another viewpoint as well as the return back home.  It's not always as seamless as we would like to think and the twists and turns presented here, only add to the intrigue.

In the end, a read that stands on its own two feet while reminding us that the sacrifices made by our men and women in the armed forces don't necessarily end when they arrive home.  Sometimes the unseen scars are even worse than those on display.  What they saw, did, and lived through.  They fester in the dark recesses of the mind and unless drawn out in a safe environment for dissection and understanding, can erupt when least expected.  A case in point here shared with enough finesse to let us see behind the hardship and struggle to the people, the families underneath.

Tracy Sherwood had two great aspirations--to be a screenwriter and to become an author. When Tracy was five, she worked at creating her first book, "Ragmop the Mischievous Dog" (based on the misadventures of her sheepdog, Gulliver). Even then, she considered writing a serious business. Her heroes at the time were characters who pushed the boundaries to discover what was on the other side.

But her real inspirations have been her mother, a college lecturer in English, and her father, a former Marine and internationally renowned cartoonist. They both instilled a passion for the arts and the fighting spirit to pursue a writing career.

Tracy's debut novel, DEATH GRIP, is influenced by the plight of returning military women expected to resume their demanding roles as wives and mothers while struggling with Post Traumatic Stress Disorder. However, DEATH GRIP, is for the survivors of any tragic event and their loved ones who suffer along with them.

Tracy is a Pushcart Award nominated writer whose work has appeared in literary magazines and book anthologies. She is also a prize-winning screenwriter. 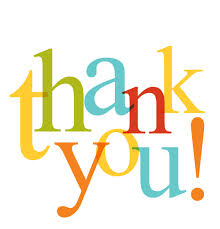 Ebook for review received courtesy of author Tracy Sherwood.  (THANKS!)  For more information on this title, the author, or her works in progress, feel free to click through the links provided above. This title is available now, so seek thee out a copy at a virtual retailer of your choosing.

Until next time...happy reading!
﻿

I know what you mean about the cover. Not so troubled by the image if it was just plain, its the black shading that I really don't like.

A bit more gritty sounding than your usual read. I'm surprised to learn that this was such a good read given its very short length.

I know what you mean about the cover. Not so troubled by the image if it was just plain, its the black shading that I really don't like.

A bit more gritty sounding than your usual read. I'm surprised to learn that this was such a good read given its very short length.