BLOG TOUR: The One That I Want by Marilyn Brant - Review + CONTEST!

Today, we're playing host to a stop along the Xpresso Book Tours promotion for none other than one of my favorite authors, Marilyn Brant!  That's right.  If you haven't made her acquaintance as of yet, I highly suggest you do,  either online or through her written works.  Speaking of those written works, that's exactly what we're here to celebrate.  It's the second addition to her Mirabelle Harbor series, but reads perfectly well as a stand alone; trust me, I should know!  Ready or not, here comes today's blog tour guest and ebook of choice... 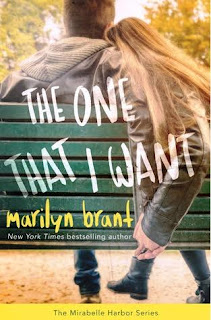 The One That I Want
by
Marilyn Brant

About the book...
The summer after her beloved husband died in a car accident, Julia Meriwether Crane is still picking up the pieces of her life in Mirabelle Harbor and trying to help her ten-year-old daughter adjust to this difficult new reality.

After her best friend Sharlene—one of the well-known Michaelsen siblings—talks her into finally going out on the town again, Julia finds herself stunned to be the object of interest of several different men: The boy who’d broken her heart back in high school. The college ex she’d left behind. And most surprising of all, the movie actor she’d always fantasized about but had never met in person until now. Can one woman have more than one “great love” in the same lifetime? And, if so, how can she be sure which man that’ll be?

Sometimes the person you think will be best for you…isn’t the one you really want. THE ONE THAT I WANT, a Mirabelle Harbor story.

The quick version?
The title expresses my sentiments exactly!
But you didn't come here for the quick version, at least not if you've been here before...

I was on Twitter perusing my feed and my eyes lighted upon a tweet from none other than author Marilyn Brant regarding an upcoming tour for her latest release.  I paused long enough to reread the 140 characters or less and immediately expressed my interest, after all....I've pretty much loved everything else I've read from this author's repetoire so I had a good idea of what I was getting myself into.  A few hundred keystrokes later and I was in.  *fist pump*  Then came the reading... 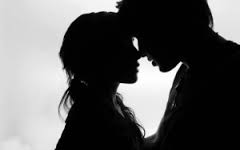 My immediate impressions were that Julia was a likable lead.  She carried herself well, was a good friend to all (but her bestie Shar was someone we should all be lucky enough to have in our corner), a great mother, and someone I would gladly call friend.  She may have been a bit of a pushover in some areas, but where it truly counted, she was a superstar.  Now, enter into the equation two boyfriends-of-years-past, and one heart throb superstar she had always dreamed of meeting one day.  Put all of them together and imagine them vying for our girl's attention....yeah.  Julia manages to keep her head about her, though being a tad more forceful in her no-go-away-and-never-come-back vibes would have helped end Kristopher's infatuation sooner rather than later (guy can not take a clue!), but that doesn't mean that's the end of her potential love story.  There's plenty of time for the tide to turn and what once seemed impossible, then improbable, to turn into reality...or is it?

I admit, I was as skeptical of Dane as Julia was, maybe even more so.  I truly didn't know whether to believe him or not, especially after his little revelation on how he views acting, but then he'd come off with something like this...

“I don’t find you boring, Julia. And, don’t take this the wrong way, but you aren’t exactly my idea of ‘normal’ either. You might have been as a teen— I didn’t know you then— but you grew up into someone with an exceptional soul.”


...and I'd be smitten all over again.  The way he treats her daughter, as a person, someone to be counted, is beyond sweet, as was the fact that he sought Julia out in the first place after being such an a**hat.  It spoke volumes about his character, actor or not.  Then we have the time they spent together in the old neighborhood, the personal revelations shared with no ulterior motives...he introduces her to the BEST brownies in the known world for crying out loud!  What more could you ask for? 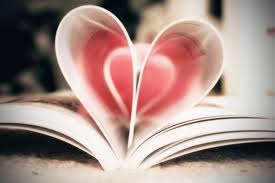 In the end, I was swept away once again and happy to have spent time in the creative mind of a writer who really knows her craft.  She creates characters we can truly feel, so much so that we're wishing on the stars with them, hoping for a happy ending despite the odds staring us in the face, and falling for that magical moment into the void that love creates.  Can it last for the proverbial girl next door and the big time star?  There's definitely more than a little shaky ground to navigate, but you never can tell... (unless you've read it like I have and simply WON'T tell because it would spoil the surprise ^-^)  Recommended read for Women's Fiction and Contemporary Romance fans in their older teens and beyond. 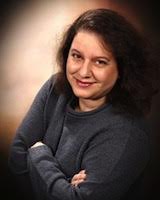 Marilyn Brant is a New York Times & USA Today bestselling author of contemporary women’s fiction, romantic comedy & mystery. She was named the Author of the Year (2013) by the Illinois Association of Teachers of English. She loves all things Jane Austen, has a passion for Sherlock Holmes, is a travel addict and a music junkie, and lives on chocolate and gelato. Look for all of the contemporary romances in her new Mirabelle Harbor series, beginning July 2015!

Special thanks to author Marilyn Brant and the entire crew at Xpresso Book Tours for both the review copy and the chance to bring this tour to you.  (THANKS!)  For more information on THIS TOUR, the title, the author, or those promotions on the horizon, feel free to click through the links provided above.  This title is available now, so be on the lookout for it on a bookstore shelf or virtual retailer of your choosing.  Book 1 in the series, Take a Chance on Me, is also available so should you wish to start at the beginning or simply get so caught up in this read that it becomes a necessary and desired addition to your "wish list", there is that option as well.  ^-^

In the mean time fair readers, I leave you with best wishes and a CHANCE TO WIN!  Surprised you didn't I?  You're welcome...but the thanks doesn't truly go to me.  It's a tour wide giveaway for your chance to win a SIGNED copy of Take a Chance on Me, a Marilyn Brant T-shirt, and specialty chocolate!  Talk about a triple threat prize pack!  If I wasn't hosting, I know I'd be entering, so do yourself a favor and enter.  You know you want to.

This sounds like such a great read! Glad you liked it, Gina! Lovely review! :)

Gina, I can't express to you how much I loved and appreciated your review! Thank you so much for reading my new novel, for the thoughtfulness and time you spent on reviewing it, and for being a part of this tour. You're wonderful ♥.
XOX