Today, we're playing host to a stop along the TLC Book Tours promotion for a work of Fiction that will call in some way or another to all introverts, and bookish folk in my reading audience.  So, that means pretty much you, and you, and YOU trying to hide over there in the corner with your nose in a book....HEY!  Hold off on the reading until after my post, okay?  Now that I have your attention, allow me to present today's blog tour guest and book of choice... 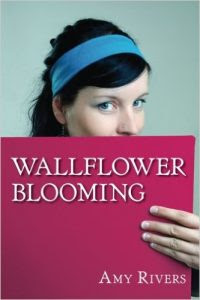 About the book...
Val Shakely is a list-maker. Daily routine. Check. Calm, quiet (but successful) business. Check. No drama. No excitement. Some might call it boring, but it’s precisely the way Val likes it. She loves her hometown of Cambria, nestled in the mountains of Colorado, and runs a fruitful PR firm. And that’s more than enough for Val. So what if she doesn’t have a social life?

Then, her cousin Gwen decides to take on the local political bully, the Mayor, in head-to-head combat for the Mayoral seat and Val takes her company reluctantly, and against her better judgment, into the fray. The minute Val takes on Gwen’s campaign, the safe world that she has carefully constructed begins to unravel. She feels the pressure of the campaign and the personal attacks by Gwen’s opponent.

And as if that wasn’t complicated enough, Val finds herself falling in love. Val’s desire to stay on the sidelines is put to the test and she’s forced to reexamine the life she’s built as she trudges toward a new and more exciting future.

Right from the start, I thought that these two (Val and John) were potentially a match made in OCD-ish heaven...if they could only get past the blush factor and down to the "get to know" phase!  Does that ever happen...mum's the word on that but the perpetual tomato tinged coloring they wear around each other is certainly sweet.  It reminds us that there are good guys left in the game, they just might be harder to find, so don't be afraid to look up now and again.  *wink*

For a wallflower, Val was surprisingly take charge when in her own element.  Grant it, it wasn't hard to change her trajectory as she bent more often than a willow in the wind, but that's the point now isn't it...she would BEND but not BREAK...a point driven home when things really get dicey.  Good thing she has great friends (and perhaps someone even closer!) to depend on because seriously, she gets in pretty hot water through no fault of her own!  One of those by her side, the eye catching yet seemingly always single John Hatfield, who decides to make his stand against the injustice of their local political scene and a move on our lady of the hour.  Seriously, these two couldn't be cuter and yet there are so many misses versus connections you just want to lock them in a room and say will you just spit it out already?!  You like her; she likes you.  Now, get it together!

In the end, it had its moments.  I can't say I fell in love, but I did find myself in like.  The story was more than just another romance and didn't leave us hanging like a chad for the final results in any aspect of the work.  The couple-potentially-to-be, as well as the rest of the cast, were endearing enough to allow me to turn the final page with a satisfying swish while still wishing everyone the very best on their fictional lives going forward.  Recommended read for the wallflowers among us as well as those go-getters out there because really, reading to type is fun but stepping outside our own box can provide great results as well.

Amy Rivers was born and raised in southern New Mexico and currently resides in Colorado. She had an idyllic childhood despite a severe visual impairment and, perhaps because of her disability, she learned a lot about compassion and empathy from a young age. Her keen interest in social issues and violence prevention led to a Master’s degree with concentrations in Psychology and Politics. She was the director of a sexual assault response program and remains an advocate for social justice. Amy has been published in Chicken Soup for the Soul: Inspiration for Nurses, Novelty Bride Magazine, ESME.com and Splice Today. Wallflower Blooming is her first novel.

Special thanks to Lisa at TLC Book Tours for the copy for review and the chance to bring this tour to you.  (THANKS!)  For more information on this title, the author, THIS TOUR, or those on the horizon, feel free to click through the links provided above.  This title is available now via Wooden Pants Publishing, so be on the lookout for it on a virtual shelf of your choosing.

Oh well at least you found yourself 'in like' with this novel. I can't say its one that particularly appeals to me though I did find myself warming to it the more I read of your review.