It's almost Thanksgiving (stateside)...are YOU ready?  Here's hoping because right after the feasting comes the nonstop rush towards Christmas...or actually, I guess THAT part is already here seeing as my neighbors have decided to jump the gun this year on holiday decorating.  Me...I'm holding steady to our tradition of turning our Christmas decorations on Thanksgiving evening.  So there.  (^-^)  Anywho, back to the day at at...

Today's featured title comes to us via Smith Publicity Inc and stars a new release (as of last month) that fits rather well in the Fiction AND Christian Fiction categories.  It's heartfelt and moving, and the author's ability to stir you straight down to your soul is amazing...so although it was my first venture into his writing, I seriously doubt it will be the last.  Have I piqued your interest?  Good!  All the better to introduce today's book of choice... 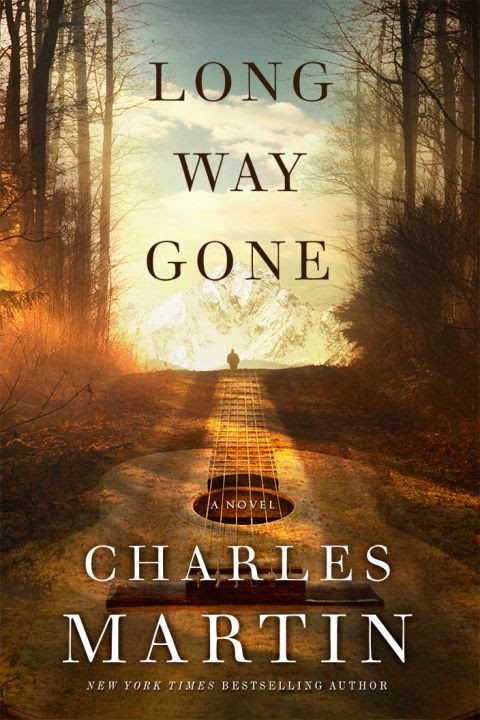 About the book...
At the age of eighteen, musician and songwriter Cooper O’Connor took everything his father held dear and drove 1,200 miles from home to Nashville, his life riding on a six-string guitar and the bold wager that he had talent. But his wager soon proved foolish.

Five years after losing everything, he falls in love with Daley Cross, an angelic voice in need of a song. But just as he realizes his love for Daley, Cooper faces a tragedy that threatens his life as well as his career. With nowhere else to go, he returns to his remote home in the Colorado Mountains, searching for answers about his father and his faith.

When Daley shows up on his street corner twenty years later, he wonders if it’s too late to tell her the truth about his past—and if he is ready to face it.

A radical retelling of the story of the prodigal son, Long Way Gone takes us from tent revivals to the Ryman Auditorium to the tender relationship between a broken man and the father who never stopped calling him home.

“No matter where you go, no matter whether you succeed or fail, stand or fall, no gone is too far gone. You can always come home.”

Beautiful sentiments to match what is a truly wondrous story.
Cooper is the son of a preacher man and while it might sound like a segway to a joke, it's the gosh honest truth.  He grew up with a tent preaching father who wanted nothing from no one except the chance to share the gift he was given; the gift of healing.  Now, we're not talking about someone matching wits with the big G-O-D or one of those tele-evangelists that make the blind walk and the lame see (did you catch that?  *wink*).  We're talking about someone who simply wants to help open the hearts and minds of others, convincing them to LET IT OUT.  Let what out?  All their hurt and pain, sorrow and fear, regrets and transgressions; anything they feel the need to hide away from the world that may be weighing them down, keeping them from truly reaching their potential and helping others to do the same.  He was a good man, a strong man, a man that would do anything for others as well as his family...and while that was endearing, it would also prove his downfall.

Try growing up under the thumb of a preacher man.  Add to that the rebellious nature of a teenage boy and you've got a formula as unstable as any chemical cocktail.  Cooper was happy enough with his life, until one day...he wasn't.  In short, he got too big for his britches and decided his wings needed to be tested.  Test them he did with a one-two punch to dear old dad and an absence from his life that would last one too many years to see the twinkle in his eye once again.  It was heart breaking and tear jerking, but so was the life Cooper found in his bid for "freedom".  Sad part was, it took losing everything he had to bring him back down to earth, set him on the path he was destined to travel, and truly find the song in his heart that was meant for all to hear.  Along the way much heartache was felt, many stabbings (both figuratively and literally) were taken in the back, and love was won, lost, and won again several times over, and yet through it all, you couldn't help rooting for this wayward soul.  You could see all the good he had inside and when things really came to a head, it was all you could do to keep reading through the tears being shed.

I gotta say, I really REALLY loved this story.  It was beautiful and sad, surprising and hopeful, and so many more things I can't even put into words without tears splattering the page (and since I'm typing this, waterworks and my laptop don't really mix).  The way the story took us from the here-and-now, back through his growing years, and right into the present once again was just the right treatment because there is a lot to learn both about the characters and for ourselves.  I seriously have to thank the author for how everything played out because honestly, I was bawling like a baby...not a great thing when you're finishing the book on a lunch break and have to go back to work after it...but it was so worth it in the end.  I wouldn't change a thing and I definitely would recommend the read for music lovers, wandering guitarists, and bookish friends alike.

Charles Martin is a New York Times bestselling author of twelve novels. Martin’s books have been published in over twenty-five countries and in twenty languages. Martin earned his B.A. in English from Florida State University and went on to receive an M.A. in Journalism and a Ph.D. in Communication from Regent University. With themes revolving around love and hope, Martin has been championed as an author “who understands the power of story and uses it to alter the souls and lives of both his characters and his readers.” He and his wife, Christy, live a stone's throw from the St. John's River in Jacksonville, Florida, with their three boys: Charlie, John T. and Rives.

Special thanks to Elizabeth at Smith Publicity Inc. for the copy for review.  (THANKS!)  For more information on this title, the author, the publisher, or those promotions on the horizon, feel free to click through the links provided above.   This title is available now via Thomas Nelson, an imprint of HarperCollins, so be on the lookout for it on a bookstore shelf or virtual retailer of your choosing.