Today, we're shining the book spotlight on a title that highlights the life, times, and forward movements of a female activist from yesteryear.  The world, she's a changin'...pretty much CONSTANTLY...and all that's been accomplished to this point in time didn't happen overnight nor by avoiding the big issues, steering clear of creating a ruckus, or putting out those words and ideas that would spark change.  No sirree.  In that vein and frame of mind, I give you today's spotlight title... 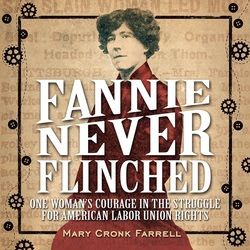 About the book...
Fannie Sellins (1872–1919) lived during the Gilded Age of American Industrialization, when the Carnegies and Morgans wore jewels while their laborers wore rags. Fannie dreamed that America could achieve its ideals of equality and justice for all, and she sacrificed her life to help that dream come true. Fannie became a union activist, helping to create St. Louis, Missouri, Local 67 of the United Garment Workers of America. She traveled the nation and eventually gave her life, calling for fair wages and decent working and living conditions for workers in both the garment and mining industries. Her accomplishments live on today.

This book includes an index, glossary, a timeline of unions in the United States, and endnotes. 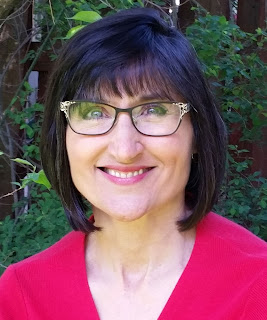 How did you discover this little-known heroine, and what drew you to Fannie’s story?

I first ran across Fannie Sellins during a Google search in 2005. I knew immediately that I had to find out more about her and write her story. I was so curious about how she got the courage to stand up against such powerful forces and risk her life, how she came to care so passionately for poor women and children, and how she found the strength to spend so many years fighting with working families to better their lives.

It wasn’t as much that Fannie died for a cause she believed in that inspired me, but her courage, compassion and commitment to hang in there against such odds and work so hard for such a long time. Fannie’s story helped me see that even if I can’t do something big and heroic, it’s still important to look around me and be aware of injustice in my community. If I’m aware people are hurting or in need, then I can decide how best to act with compassion. Fannie inspired me to believe that I can make a difference in my own way.

Who do you think would be interested in reading Fannie Never Flinched?

The book is a great read for anyone who loves American history, and women’s history in particular. Fannie did what was considered a man’s job long before women were accepted in many professions, and she was very successful at it. It’s being marketed as a book for middle grade students, but since very little has been written about Fannie Sellins, I think older students and adults who haven’t heard about her would also enjoy the book.

Mary Cronk Farrell is an award-winning author of five books for young people and former television journalist with a passion for stories about women facing great adversity with courage. She researches little known stories from history and relates them with engaging and powerful language in her books, multi-media presentations and workshops. Farrell has appeared on TV and radio across the nation. She speaks to women’s groups, civic groups, and at museums, schools and libraries.

Special thanks to Sydney at JKS Communications for the head's up regarding this release.  (THANKS!)  For more information on this title, the author, the publisher, or those promotions on the horizon, feel free to click through the links provided above.  This title just release November 1st via Abrams Books for Young Readers, so be on the lookout for it on a bookstore shelf or virtual retailer of your choosing.

Thank you so much for interviewing me and featuring FANNIE NEVER FLINCHED.