Today, we're joining a Virtual Author Book Tour already in progress to bring you a work of Fiction, unlike many you've probably read.  So, if you're all packed and ready to go, on a book journey that is, allow me to lead the way to today's ebook of choice... 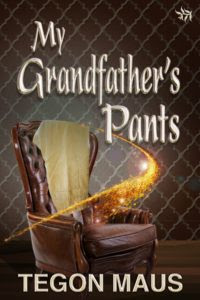 About the book...
Jack Laskin is an ordinary man. More than ordinary according to some. Running the family hardware store and a life that would bore a snail, nothing exciting ever seems to happen to him. Then, at his mother’s urging, he tries on a pair of his late grandfather's old pants and everything changes -- most importantly his emerging love life. It's not long before his mother and her meddling friends get involved. When an old friend of his grandfather’s tells Jack he has something she wants, his new-found life takes another turn. Having no idea what he is supposed to have, Jack looks to his girlfriend, Connie, and her brother, Robert, for help. In the end, the answers will all be found in his Grandfather’s Pants.

Okay, here's the thing...either I misread the synopsis in my haste to partake of this reading adventure, or the author is brilliant at cloak and dagger work because seriously, I never saw pretty much ANY of what's to come...coming.  That my friends led to some mixed results...

We begin with a tale of an elders passage to the great beyond, and the imparting of belongings left behind to loved ones young and old.   Jack gets among other things...a pair of pants.  I know, whoop de doo?!  Who wants an old pair of pants?!  Who indeed...unless they are magical.  Now see, some of you are thinking along the lines of Sisterhood of the Traveling Pants sort of magical right now, I can tell...because so was I.  These pants however are actually imbued with magic but they are not simply to make you feel better, stand straighter, and let your ambitions be your guide kind of magical workings.  True, they DO do those things, but they apparently also allow the wearer to be consistently mistaken for the former owner (i.e. Jack's granddad, Henry) and attract the silver haired opposite sex like bees to honey.  No...I'm not joking,,,and it gets even more interesting from there.

With Jack attempting to get his own life under control, the introduction of the pants just puts everything on super spin.  We've got family secrets crawling out of the woodwork, a stuffed hippo that is apparently the thing to have because a few risk or lose their lives trying to get it, a woman with the power to wipe you off the face of the earth without breaking a nail, attractive women who act as bait, surly hit-men the sneak in, steal your sandwich, and leave you to fight for your life no matter how bloody you're being beaten...shall I continue?  Well, no matter...I won't be.  It's not something that can be easily explained...it must be experienced.  That being said,..

In the end, I must say that this book and I parted ways with no more than a partial backward glance.  It just wasn't for me, though I think my preconceived notions from the "about the book" are what caused the warp there, but that doesn't mean you won't think it's the best thing since sliced bread, or at least as entertaining as this year's election.  *wink*  Word to the wise...ADULT AUDIENCES ONLY. 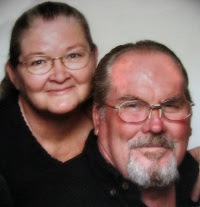 Tegon Maus was raised pretty much the same as everyone else… devoted mother, strict father and all the imaginary friends he could conjure. Not that he wasn’t friendly, he just wasn’t “people orientated”. Maybe he lived in his head way more than he should have, maybe not. He liked machines more than people, at least he did until I met his wife. The first thing he can remember writing was for her. For the life of him he can’t remember what it was about… something about dust bunnies under the bed and monsters in my closet. It must have been pretty good because she married him shortly after that. He spent a good number of years chasing other dreams before he got back to writing. It wasn’t a deliberate conscious thought, it was more of a stepping stone. His wife and himself had joined a dream interpret group and we were encouraged to write down our dreams as they occurred. “Be as detailed as you can,” we were told. He was thrilled. If there is one thing he enjoys it’s making people believe him and he likes to exaggerate. Not a big exaggeration or an outright lie mind you, just a little step out of sync, just enough so you couldn’t be sure if it were true or not. When he writes, he always write with the effort of “it could happen” very much in mind and nothing, he guarantees you, nothing, makes him happier. He has consistently placed in the top 3 in 189 writing contest in a variety of genres and has been featured in magazines a couple of times to raise money for Saint Jude’s Children’s Hospital. Tegon Maus 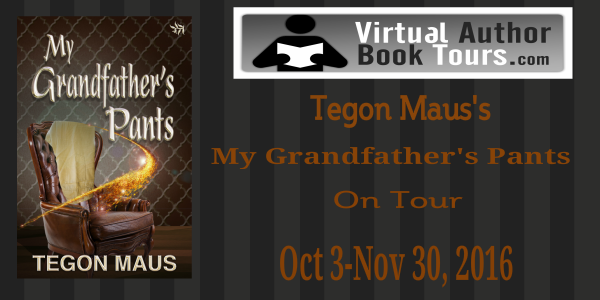 Special thanks to Teddy at Virtual Author Book Tours for the chance to bring this tour to you as well as the ebook for review.  (THANKS!)  For more information on this title, the author, THIS TOUR, or those on the horizon, feel free to click through the links provided above.  This title is available now, so click on over to your favorite online retailer for a download today.

Thanks for taking part in the tour.