Today, we're taking a look between the pages of a Contemporary Romance novel that pokes fun at itself.  How so?  Well, it takes the known rivalry felt between readers/writers of Literature, and those of Contemporary Romance, utilizes all the stereotypes it can muster with a dash of love potential to keep things interesting, and generates a story that...well, is rather unique while still being familiar.  Does that make any sense?  No matter; we'll dissect it further in a sec.  Without further ado, I bid thee fair readers to welcome today's book of choice... 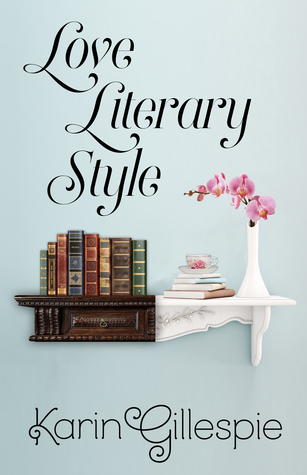 About the book...
Low brow meets high brow in a literary love story. Can an emotionally-stunted literary novelist and a vivacious romance writer find their happily-ever after? Even when she becomes more successful than he? Love Literary Style spoofs romantic comedy tropes, winks at literary pretensions and pokes fun at book publishing. Like Legally Blonde only in the literary world. Inspired by the author's New York Times article "Masters in Chick Lit." A sparkling romantic comedy for fans of the Rosie Project.

Laurie and Aaron.
A match made in heaven?
A heartache waiting to happen?
Or how about a chance romance that if given the opportunity may just turn two literary snobs (in their own rights) into a couple that lives on for readers beyond the final page turn? 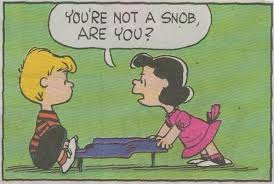 Depending on your reading preferences, you may have landed on a slightly different wish than the one I did from the above list, but that just speaks to the same topic that the author was having a hey day with...that of reading material preferences.  There are some who will only read one particular type/style of book, and yet there are others that will read whatever catches their fancy (*raises both hands*). There are some that think their favorite type of novel is the only acceptable choice and there are others that go wherever the page takes them (*raises both hands*).  Case in point, we have Laurie and Aaron...

It was funny to watch (or rather, read) these two interact.  At times, they are love birds, in the classic sense of the word...you can almost see the little hearts fluttering around their heads in a wreath...and yet at others, they are secretly harboring embarrassment of themselves or of each other enough that I want to smack them both upside the head.  I swear, the inner dialogue that constantly runs through Aaron's mind is equal parts staggering and infuriating.  I can see his girlfriend's (or should I say ex) point to a degree when she listed that as one of her many relationship issues, though I still don't condone her behavior pretty much at any point in the story.  (One of those character's you love to hate...)

In the end, it definitely was not a rom-com (too much apart-ness, not enough magic) though it had plenty of ups and downs to keep your head spinning, and was full of likeable authenticity nonetheless; in other words, Aaron would be proud﻿.  As for me, despite the fact that I couldn't always feel the love (or even potential for it) for the story, I did enjoy my time between the pages, if not for the characters, than the humor (dry and otherwise) alone.  I will say this, I was not prepared for the fate the author bestowed upon dear little Dusty.  After he came into our hearts and the lives of the characters in such a heart-wrenching way... why couldn't we just leave him out of it?  Huh?  Really?  Poor baby... Let's just say that although he is a tiny little supporting character, we are all better (characters and readers included) for having known him.  Oh, and one more thing...Laurie, Made of Honor totally rocked.  :P

Recommended read for Contemporary Romance fans more so than heavy hitter Literature lovers...as much as the story wants the two to mix, I'm afraid that some things will remain fiction rather than fact.

National Bestselling novelist and a Midwestern girl who, after forty years in Georgia, is still trying to get the hang of being Southern.

Special thanks to author Karin Gillespie for the ARC for review.  (THANKS!)  For more information on this title, the author, or the publisher, feel free to click through the links provided above.  This title just celebrated its BOOK BIRTHDAY last week via Henery Press, so be on the lookout for it on a bookstore shelf or virtual retailer of your choosing.