Today, we're tantalizing your bookish minds with a recent Young Adult release via Sky Pony Press. Got room on your wish list?  Well good because it just might be the perfect pick for your own shelf or the dancer in your life.  That's right, I said DANCER!  It's a case of "writing what you know" with potentially awesome results.  The story centers around a young lady who LOVES to dance, but instead of being simply a pursuit of happiness, it might just be her ticket to getting both her and her sister out of their current sitch.  Ready or not, here comes today's spotlight title... 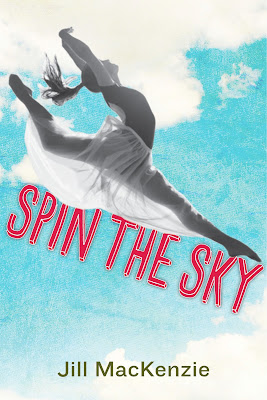 About the book...
Magnolia Woodson wants nothing more than to get her and her sister, Rose, out of the pitifully small, clamming-obsessed Oregon town that hates them—she just doesn’t know how. Forced to put up with the snide comments and hateful looks the townspeople throw at them, Mags thinks she’s destined to pay for the horrible, awful thing her mom did—and that she’s left her and Rose to deal with—until the day she dies.

But when a nationwide televised dance competition posts tryouts in nearby Portland, Mags’s best friend, George, says they have to go and audition. Not only have they spent the past fourteen years of their lives dancing side-by-side, dreaming of a day just like this, but also it could be Mags’s chance of a lifetime—a chance to win the grand-prize money and get her and Rose out of Summerland, a chance to do the thing she loves most with everyone watching, a chance to show the town that she’s not—and has never been—a “no-good Woodson girl,” like her mother. But will the competition prove too steep? And will Mags be able to retain her friendship with George as they go head-to-head in tryouts? Mags will have to learn that following her dreams may mean changing her life forever.

Curious minds want to know about your journey from student to dancer to writer...what prompted the change in role, which was/is your favorite, and why?

It's funny the way we view others, isn't it? We see a person building something and so, to us, they become a builder. We see another person painting and so they're a painter. So much of what we do embodies who we are. Right?

In Spin the Sky, George grapples with the discrepancy between what he does, who he is, and how others see him. He feels stuffed into one box though he's not sure if it's the right box--if any box is the right box for him.
Growing up, I was a dancer. That meant I had really long hair that was often swirled on top my head into a tight, cinnamon roll shape and secured with countless bobby pins and hair spray. That meant I was small in stature and smiled a lot and liked being on stage and always had strong calves and bruised toes. That meant I hung out with other dance types. It was my art. It was what most people knew of me. It was who I was.

But what most people didn't know was that I was also a storyteller. In the little free time I had back then, I was always stapling large groups of pages together, constructing worlds that didn't exist until I gave them physical details, names, shapes, colors. I was a builder, but instead of building buildings I was building characters. Characters who, for me, grew into real people with real problems and real ideas on how to solve those problems. Though I was still creating, those creations earned me little more than the occasional smile from an elderly aunt, a pat on the head from either of my parents, neither of whom had any artistic inclinations whatsoever. The fact was, the inside writer me didn't exactly match up to the outside dancer me.

But the thing is, only later, as I was moving from my teen years to my adult years did I realize that I didn't have to be a dancer or a writer; I could be both. And in turn, I could be neither. And as soon as I realized that it didn't matter what others saw in me, it mattered what I wanted to do, who I wanted to be. And as soon as I realized that—that I was in control of my insides and how others viewed my outsides didn't matter—I knew that I could be a dancer and a writer, not just one over the other.

Magnolia's journey in Spin the Sky revolves around her transcendence, her need to rise above what the town thinks of her and, instead, focus on what she thinks of herself. But George has his own journey, too, and I think I identify with his path even more than I do Magnolia's. George is the golden boy, the son/friend/town member who everyone expects perfection from. I felt these same expectations of perfection growing up. That if the people who surrounded me didn't think I was perfect, well, then I must not have been. Sometimes I wish I could go back and shake my seventeen-year-old self and say, "what do you think of you?" It's such an important question.

Come senior year of high school, I was still dancing in public, but I was spending far more hours writing in private than I was on stage. The thing is, I never made a conscious choice to swap dancing out for writing. On the contrary, I feel like my life in dance helped produce my desire for self-expression in other mediums as well—other mediums that were far less visible, far less under a microscope than dancing ever was for me. Yet I still believe that writing is so much like dancing. Dancing requires a dedication and study from great teachers; so does writing. Dancing requires strength and stamina and the ability to shake off everything negative you've ever heard about your movement and do it all again the next day; so does writing. Neither art—and I suspect this is true for all arts—is easy. There is a substantial amount of rejection involved and I do believe the rejection I faced in dance prepared me for the rejection I'd later endure in writing.

So to say that I shifted from dancer to writer would be a little bit of an untruthful statement. But what is true is that, for a time, I danced my heart out and then I was, to others, a dancer. Now, because I'm officially a published author, people look at me and think, "oh, she's an author." But, instead of choosing one box over another, I think I'll always be both a dancer and a writer and a lover and a mother and a wife and a child and a person who, sometimes, doesn't want to be any of those things and on other days wants to be all of them.

So yes, dance heavily influenced the way I operate today and I do believe that my movement carries through to the kinds of sentences I create on paper. I still enjoy the fluidity of dance and try to recreate that on page. I still want my words to sound pretty in the same way I wanted my lines, my legs, my arms to look pretty every day in dance.

But I do wonder if, one day, I'll use my knowledge and experience in dance and in writing to explore another form of art and maybe even become something else. I hope I do. Because I think I can only grow through this sort of exploration and expression. So instead of feeling stifled by identification, labeled by others as a writer or dancer, I'll use it as a vehicle to shift, grow, move, create in order to gain a greater understanding of both myself and the world. I feel like this understanding is the greatest thing we can offer ourselves right now. Don’t you? 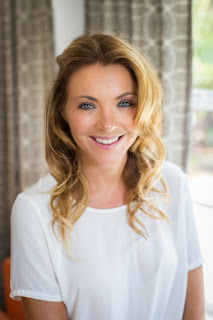 Jill Mackenzie, a Vancouver native, is an ex-ballerina and contemporary dancer. Now working toward her MFA in creative writing at the University of British Columbia (UBC), Jill chasses between roles as part-time student, full-time mom, and always-writer. Though Jill no longer studies dance, she still tries to dance herself clean whenever she can. Currently she lives in Fort Lauderdale, Florida, where she spends her free time beach-bound with her husband and two beautiful daughters.

Special thanks to Casey at Media Masters Publicity for the chance to bring this title to the spotlight and to author Jill MacKenzie for sharing indulging my curiosity and sharing her story with us all.  (THANKS!)  For more information on this title, the author, or those promotions on the horizon, feel free to click through the links provided above.  This title celebrated its BOOK BIRTHDAY the beginning of the month via Sky Pony Press, so be on the lookout for it at on online retailer of your choosing.