Today, we're shining the BOOK SPOTLIGHT on a title very befitting the recent U.S. holiday.  It's a Memoir of six years in one man's life spent as a POW (Prisoner of War) in Vietnam.  Hard to imagine, even harder to survive, yet survive he did and now he's helping to shed some light on what transpired behind enemy lines.  Ladies and gentleman, veteran's and their supporters alike, give your loved ones a great big hug and settle in for a look at today's spotlight title... 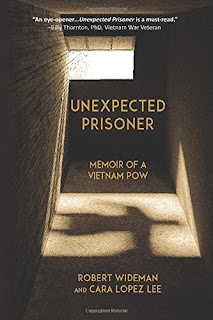 “A riveting first-person account of a six-year Prisoner of War in the Hanoi Hilton. “

When Lieutenant Robert Wideman's plane crashed on a bombing run in the Vietnam War, he feared falling into enemy hands. Although he endured the kind of pain that makes people question humanity, physical torture was not his biggest problem. During six years as a prisoner of war, he saw the truth behind Jean-Paul Sartre's words: "Hell is other people." Unexpected Prisoner explores a POW's struggle with enemies and comrades, Vietnamese interrogators and American commanders, his lost dreams and ultimately himself. 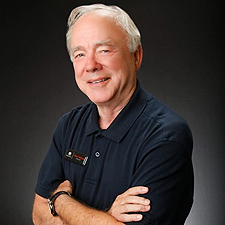 You have a very unique story - and one someone couldn’t really tell unless they experienced it first-hand. What inspired you to tell this story?

My two sons and six grandchildren - they’re the most important thing to me. I wanted to leave them something that had meaning. After four years of writing, I had my story down on paper about my time in a North Vietnamese prison camp, but nothing else. One of my daughters-in-law said I needed to put some of my life before and after prison into the book. A Colorado Publisher connected me  with author and editor Cara Lopez Lee in 2014, and she helped me piece things together. We published Unexpected Prisoner  two years later.

What do you think will surprise readers most about Unexpected Prisoner?

Even given my experience, I  think readers will be surprised at my attitude toward the North Vietnamese. I don’t really have bad feelings toward them, because the treatment could have been so much worse.

When I came home from the war,  I read everything I could on POWs and the Vietnam War. I learned that since the beginning of time, POWs have been treated very, very badly.
For example - In World War II, the Japanese chopped off two American heads for every mile of the Bataan death march. Twenty-seven to forty percent of American prisoners held by the Japanese died in captivity. In our revolutionary war, 20,000 colonial prisoners died in the holds of British ships in Brooklyn and Boston harbors.  Five times as many colonists died on those ships as died on the battlefield. Of the 5 million Russian prisoners held by the Germans in World War II, 3 million died in captivity. The Russians captured 95,000 German troops at the battle of Stalingrad, and only 5,000 of those prisoners ever came home. Thirteen thousand union soldiers died at Andersonville within 14 months during our own civil war - that’s one soldier every 45 minutes!  Our tour guide at Andersonville took 45 minutes to do the tour.

Robert Wideman was born in Montreal, grew up in upstate New York, and has dual U.S.-Canadian citizenship. During the Vietnam War, he flew 134 missions for the U.S. Navy and spent six years as a prisoner of war. He earned a master’s degree in finance from the Naval Postgraduate School. After retiring from the Navy, he graduated from the University of Florida College of Law, practiced law in Florida and Mississippi, and became a flight instructor. He holds a commercial pilot’s license with an instrument rating.

He belongs to Veterans Plaza of Northern Colorado and lives in Fort Collins near his two sons and six grandchildren.

Watch video excerpts from Wideman’s public speaking event at the Kiwanis Club in Northern Colorado to see how the author is connecting with other POWs and Veterans. 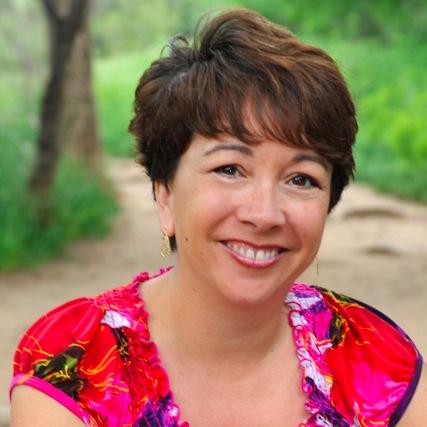 Cara is an author, editor, and writing coach. She has edited and/or collaborated on more than twenty books. Her stories have appeared in The Los Angeles Times, Denver Post, Pangyrus, Connotation Press, and Rivet Journal. She was a writer for shows on HGTV, Food Network, and Discovery Health. She teaches for the Young Writers Program at Lighthouse Writers Workshop. Her writing has earned 16 awards from The Denver Woman's Press Club and Alaska Press Club. Lopez lives with her husband in Ventura, California. 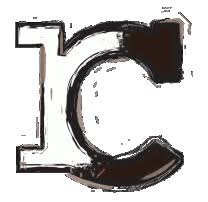 Special thanks to Samantha at Roger Charlie for the chance to bring this title to you.  (THANKS!)  For more information on this book, the author, or those promotions on the horizon, feel free to click through the links provided above.  This title is available now, so be on the lookout for it on a bookstore shelf or virtual retailer of your choosing.