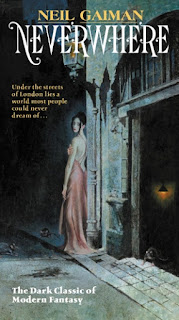 National Bestseller Selected as one of NPR’s Top 100 Science Fiction and Fantasy Books of All TimeThe #1 New York Times bestselling author’s ultimate edition of his wildly successful first novel featuring his “preferred text”—and including his new Neverwhere tale, “How the Marquis Got His Coat Back.”
Richard Mayhew is a young man with a good heart and an ordinary life, which is changed forever when he stops to help a girl he finds bleeding on a London sidewalk. His small act of kindness propels him into a world he never dreamed existed. There are people who fall through the cracks, and Richard has become one of them. And he must learn to survive in this city of shadows and darkness, monsters and saints, murderers and angels, if he is ever to return to the London that he knew.“A fantastic story that is both the stuff of dreams and nightmares” (San Diego Union-Tribune), Neil Gaiman’s first solo novel has become a touchstone of urban fantasy, and a perennial favorite of readers everywhere. 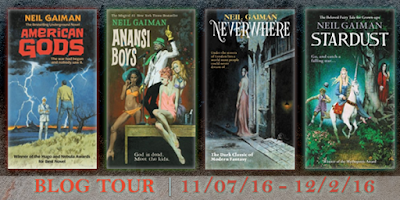 Despite a lot of of my fellow bloggers loving Neil Gaiman and his books coming highly recommended I can't say he's an author to my taste. Still, each to their own, I'm sure I'll be hearing lots more of
Neverwhere.