All things start with good intentions... THE LYONS ORPHANAGE by Charlie King

Today, we're shining the light on a newish Young Adult title from earlier this year starring a work of Urban Fantasy.  It takes us inside the life and times of an orphanage, founded by one of their own but falling slowly into disrepair...for no apparent reason...or is there?  Cue the creepy subplot music because there's definitely SOMETHING amiss here, but just what will keep you guessing.  Don't believe me?  Sam would have, but then again you'd have to have his special talent.  *wink wink*  Ready or not, here comes today's title in the spotlight... 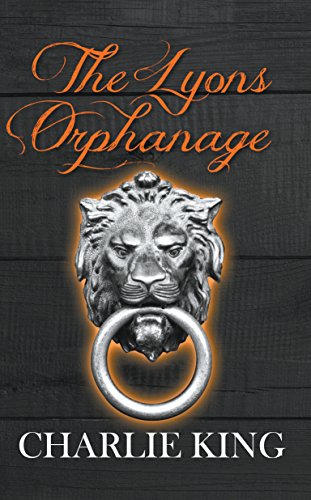 About the book...
Sam Watkins, an orphaned young teenager, possesses the ability to read the minds of almost everyone he meets.

Howard Lyons, the owner of the orphanage where Sam has lived since he was a baby, has been reluctant to let Sam leave the orphanage.

Unable to read the mind of Mr Lyons, he takes it upon himself to investigate the reasons behind the owner's decisions and learn more about the origin of his ability, his parents and the potential of his power.

However, Sam's investigation and mind-reading abilities reveal a power struggle at the top of a faltering orphanage between Mr. Lyons and his assistant Natalie.

Sam's involvement in this conflict leads him to look for ways to save the orphanage and uncover the true motivations of both the owner and his assistant while trying to learn about his past.

Wow. That went from omg-where-on-earth-is-this-story-going to i-can't-flick-the-epages-fast-enough-to-see-how-it-unfolds in no time flat...and thank goodness it did!

Seriously, I was initially worried...I mean the story of Sam the orphan, his friends, and the orphan to business mogul to orphanage founder, Mr Lyons (one of them anyway), was moving and pulled at the heartstrings somewhat...but I was looking for more.  I mean, we had our Annie and life wasn't exactly horrid for the kiddos in his care, just going downhill, so where was the drama, where was the heart, where was the reason to keep turning pages?  All that wondering and finally, when it was delivered, I was hooked.

You see, Sam isn't your average young man, orphan status aside...but he's not the only one that isn't all he seems and those others just may not have the best of intentions. I mean, think about it in today's terms....those that do all the hacking and such have talent, no doubt, but when used for nefarious purposes, it becomes a curse.  Same rules apply here, and though it may not at first seem like it, there are bigger things at work, god complexes, of a sort, to be explored, and sticky situations to get out of...think you can tell the friends from the foes?

Recommended for older Kids Fiction to Young Adult fans and beyond for concepts explored and morals questioned.  The twists and turns the novel takes before getting us to a bittersweet end will have you wondering just how far some are willing to go in their quests for personal gain.

My name is Charlie King. I am a newly self-published author from Croydon having just published my first book, The Lyons Orphanage, and I intend to write more including a sequel.
​
I have had an interest in English and writing ever since I was young and it has stuck with me throughout my education. I have a BA Hons in Journalism with English Language from the University of Portsmouth. When I finished university, I found that Journalism was no longer for me but I still loved to write so instead I tried to find a non-Journalism related writing job. When that didn’t happen, I went through a stressful job in retail before working where I am now in an administrative role in a law firm.
​
Being content with my job, I found myself motivated to write a book. It had crossed my mind many times over the years; I even tried to write a book a long time ago around the age of ten/eleven but it was terrible and lucky not seen by any eyes other than my own. The thought of that book put me off from thinking I could write a decent book. However, now I am happy to say that I’m pleased with my debut novel. I was surprised of how the ideas flowed into my mind as I was writing it and it was the same for planning the plot of the sequel.

Special thanks to author Charlie King for the ebook for review.  (THANKS!)  For more information on this title, the author, or his next WIP, feel free to click through the links provided above.  This title is available now in tree and "e" formats, so snap up your copy today!