The Rushing of the Brook by Kansas Bradbury

Today, we're adding another book to your SPOOKY CREEPY SCARY Halloween reading list, and the truly scary part is it COULD happen.  *-*  Yes, my friends, they say truth is more frightening than fiction but OH MY GOODNESS am I glad this is not based on a true story.  ~shudders~  You'll see why in a few.  Warning to readers, though it says "coming of age" it is in reference to the main characters for the first part of the book...I would not recommend this one to anyone not considered an adult (or at the earliest LATE LATE teens) due to content, and we're not talking steamy here folks.  So, draw the blinds and turn on your bedside lamp, you're gonna need the extra assurance that all is well as today's book of choice sneaks out of the shadows...

About the book....
It’s 1987, and a dark shadow is about to fall upon the city of Sifton and its residents. Hayward Barry and his best friends—Joe, Davey, and Pete—are typical fifth- and sixth-grade boys, hanging out after school and getting into trouble. However, powerful urges and deep feelings have begun to grow in the boys as they approach young adulthood; for Hayward, this is his affection for Beth, a girl in his class who he fears will be swept away by another boy named Daniel. For Pete, it is a volatile temper and the desire to always get his way. When Davey is given something that Pete wants, it sets off a disastrous chain of events that strips them all of their childhood, drowning their innocence to the sound of a rushing brook—a sound none of them will forget.As misery and happenstance would have it, the day tragedy strikes Hayward and his friends, a murderous monster awakes from hibernation in a town miles away. Getting into a stolen vehicle with bloody clothes and an unspeakable lust for violence, the nameless man drives towards Sifton, wreaking destruction and horror along the way. While his story won’t collide with the boys’ lives until seventeen years later—when they have all grown up—this man will reopen old wounds and awaken the trauma that has never healed. Hayward, now a failed artist and reluctant police officer, is left to pick up the pieces of a shattered community and solve the mystery of the event that has come to dominate his life.

My initial reaction upon finishing the book...
Holy cow. That was intense, twisted, dark, heinous, disturbing... shall I go on? 😮 Much more than I thought it would be as far as story depth, but man oh man, I was not prepared for all the ways it would show man's decline to less than beast.

My further thoughts now that I've ruminated a bit...
Yeah, still the same.  That was some SERIOUSLY twisted work there.
The story initially starts with the tale of four fifth friends boys who call each other friend, for the most part, and their general dynamic with each other and those that attempt to break up their self-imposed circle.  It's a boys will be boys situation showing early obsessions, power struggles, and how things can get drastically out of hand in no time flat.  At the same time these four lads are going through their growing pains (and losses), another wounded (or should I say, wounding) soul comes to their sleepy town, and while initially intending to stay for just a moment, makes itself a home that will darken their community and the surrounding for many years to come in horrific ways.

It's a tale that shows monsters come in all shapes, and sizes.  It's a story that while fiction could have sadly been ripped from the headlines.  It's a path of darkness to follow, but only just, in order to have a better appreciation for all the light that surrounds...no matter how small or dim it may seem.  Though you won't want to continue in Kelch's shoes, you won't have a choice once you've begun...and the same can be said of the lads as we get to know them 17 years later when the lives they've built from their shadowed pasts come crashing down around them.

Recommended read for ADULTS ONLY due to content...again talking about the darkness of a soul, violence, and the human condition at its worst. 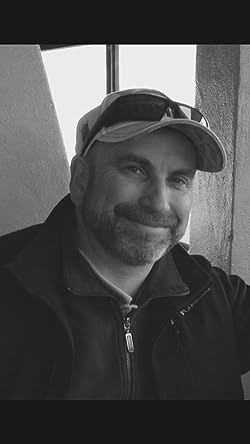 Kansas Bradbury was born and raised in North Sydney, Nova Scotia. He graduated from Saint Mary’s University with a Bachelor of Commerce and subsequently became a drug store manager. In 2008, he moved from the retail business and began working as a heavy equipment operator in Alberta’s oil sands. He started creative writing as a hobby, composing film scripts and short stories for fun. After receiving encouragement from his family and friends, he wrote  The Rushing of the Brook, his first full-length novel. He currently resides in Fort McMurray with his wife Colleen and their two children.

Special thanks to Lauren at Smith Publicity for the copy for review.  (THANKS!)  For more information on this title, the author, or the publisher, feel free to click through the links provided above.  This title is available now, so click over to your favorite online retailer to snag your copy today.