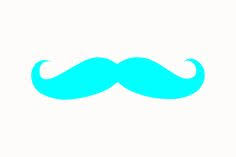 Today, we're exploring a work of Middle Grade Fiction that finds its inspiration in FACT.  That's right.  It's a true story with embellishments and I'm warning you right from the start, it will warm your heart, make you shake your fists in frustration, bring you to tears, and tickle your funny bone, all at the same time.  Yep...and I speak from experience because I quite literally did ALL of those things.  No shame in my game.  😉  Anywho, today's featured title is ready to shine, so if you'll all gather round, the big reveal will happen in 3...2...1...

About the book...
Maddie is a normal twelve-year-old girl. Well, except for the fake mustaches she carries in her pocket. She likes to make people laugh and slapping on a mustache, especially a fuzzy pink or neon green one, always gets a smile. Maddie hopes that the class queen, Cassie, will find her mustaches as funny as she does and want to play with her at recess. She's been self-conscious lately because her right arm only feels normal when it's curled against her chest and she's constantly tripping over her feet. But that's probably just part of growing up and not something weird, right?

When Maddie's arm continues to bother her, her parents take her to a doctor who gives them a shocking diagnosis: the cause of the abnormal behavior of her limbs is a brain tumor and she must have surgery to remove it. She's understandably afraid as he describes the procedure, but knows she must find a way to be brave and must face her fears--all of them--at the hospital, at home and at school.

She will need all of her courage not only to face her illness, but also to face Cassie at school. Both Cassie and Maddie are auditioning for the same role in the school play, but when Cassie accuses Maddie of lying about her tumor in order to get attention, Cassie's bossiness turns into bullying.

It will take all of Maddie's vibrant imagination, a lot of kindness-both given and received-and of course, the perfect mustache to overcome the tough stuff ahead of her. 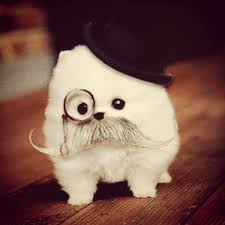 A wonderfully touching, and heartwarming story about a little girl faced with a health scare that no one, let alone a child, should have to go through. She tackles it bravely and with a ridiculous amount of style (and 'stache!), that one could only hope to have as much courage in the face of such an adversary. Though based on a true story, the fiction elements added allow readers to laugh a bit more, smile a bit wider, and, yes, cry a little harder too....but all in all give us a performance worthy of a standing ovation.

I thoroughly enjoyed getting to know Maddie and seeing the world through her eyes.  It was refreshing.  It was curious.  It was often times dangerous as her imagination ran wild while she made her escape from the Dragoporkisaur, faced off with the Orcalops, or made her final stand against the beast with no name but much more rooted in reality. Though not privy to the events as they unfolded back in 2013 (until now), it was wonderful to see the outpouring of love that came all in an effort to bring a smile once again to this little girl's face.  To see that effort reflected back from her innate kindness towards another seemingly less deserving of such a gesture, simply made me smile all the more.

In the end, it was MUSTACHE-ERIFFIC in so many ways, providing entertainment (in true Maddie form), but also a way for families to come together when facing unknown adversaries.  It makes the subject of health scares that much more approachable for kiddos, allowing them to see that while yes, things can happen, it doesn't mean it will.  A message of hope with a dash of style, and a side of 'stache...perfect for Middle Grade readers and beyond.

Chad Morris would love to be able to control animal avatars, see history in 3D, and show everyone how he imagines stories. Since the inventions that would make that possible currently exist only in his imagination, he settles for reading, writing, playing basketball, rappelling down an occasional slot canyon, dating his wife, and hanging out with his five awesome kids. Chad speaks Portuguese, can play the Phineas and Ferb theme song on the guitar, and does decent impressions of a velociraptor and Voldemort—but not at the same time. He isn’t very good at fixing his car, shopping for anything, cooking, or growing hair.

Shelly has always loved children and books so when she started writing, it seemed natural to write books for children. In her spare time, she loves the theater and traveling. She is also one of the worst tap dancers you will ever meet, but she does it anyway. In addition to her five children, she has three chickens and sixty-four Pez dispensers.

Special thanks to Michela at Smith Publicity Inc for the ARC for review.  (THANKS!)  For more information on this title, the authors, the story behind the work, the publisher, or those promotions on the horizon, feel free to click through the links provided above.  This title is IN STORES NOW via Shadow Mountain Publishing, so be on the lookout for it on a bookstore shelf or virtual retailer of your choosing.