Hi there!
Welcome back to Satisfaction for Insatiable Readers.
Thanks for stopping by today as we join The Children's Book Review for an Awareness Tour already in progress. 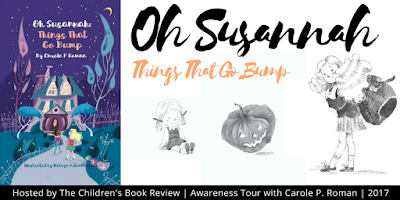 It's that time again!
Time for all the spooky, creepy, ghoulish, and otherwise scarily-inclined ghosts, goblins, and kiddos to come out and surprise the bajeebees out of us because OCTOBER is upon us.  But what if that "good" scary fun turned out to be a genuine fear?  Would you face it or would you let it fester until it was something out of your control?  Or perhaps better still, you'd seek the mad skills of another who doesn't share your fear and can help you conquer the world?  Decisions, decisions...but while you're pondering your own path towards less-fearfulness, let's see how Susannah handles her latest adventure... 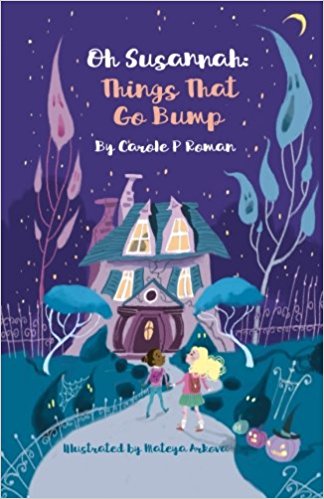 Oh Susannah:  Things That Go Bump
by
Carole P. Roman
Illustrations by
Mateya Arkova
978-1947188136
Chelshire
About the book...
Susannah Maya Logan is not having a good day. She doesn’t want to go to her best friend, Lola’s sleepover. Susannah thinks the house is big and spooky, not to mention the ghost that is said to live there. Lola’s big brother, Kai, loves to tease Susannah with scary stories. Throughout her day, she sees people deal with things that scare them. Her sight-impaired friend, Macy, is terrified of unicorns, of all things. She sees a boy at a party who’s frightened of clowns. Her teacher is afraid of getting a cold. Susannah realizes everybody is scared of something. She wishes she was more like Lola, who is not afraid of anything, or so it seems. Susannah discovers people have different ideas of what is scary and what is not, and only they can determine the difference. Join Susannah as she learns to confront her fears and not let her imagination prevent her from having fun.
AMAZON  |  INDIEBOUND
~~~~~~~~~~~~~~~~~~~~~~~~~~~~~~~~~~~~~ 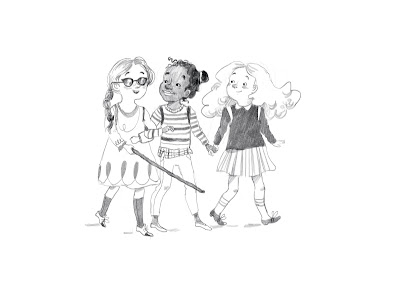 This story picks up just after the first dropped off (if you haven't read it, take a chance on Oh Susannah:  It's in the Bag) and takes our little Susannah into yet another sticky situation....FEARS. The author doesn't simply have her face her fear or give someone the task of breaking her of it, but allows the other characters to help our young lady see that while everyone is afraid of something, together we can give that something a new meaning, a new light to be seen in, that makes it just a bit less intimidating. I really loved how her friend was able to put a new spin on things for Susannah...especially since that's a daily challenge she has to face for health reasons, not by choice.  Watching the girls interact was a blessing...and seeing the little brother get what he deserved (nothing bad, promise...but certainly a taste of his own medicine) was giggle inducing.
A great read for wee ones as well as those on their own path of growing up...and a wonderful addition to the 'Oh Susannah' series.  From an author whose work we've come to know as a go to for eye catching learning options, you can't go wrong with Susannah and her friends. 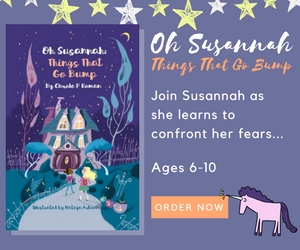 About the author...
Carole P. Roman is the award-winning author of the Captain No Beard series. Both Captain No Beard: An Imaginary Tale of a Pirate’s Life and Captain No Beard and the Aurora Borealis have received the Kirkus Star of Exceptional Merit. The first book in the series was named to Kirkus Reviews Best 2012. Captain No Beard and the Aurora Borealis has been named to Kirkus Reviews Best of 2015. Each book in the series has won numerous awards including the NABE Pinnacle Award, IAN Award, Moonbeam Award 2014, National Indie Excellence Award Finalist, Shelf Media Outstanding Series Award, ForeWord Review Five Star and Finalist in the Book of the Year, and Reader’s Views Children’s Book of the Year 2013. Roman is also the author of the award-winning non-fiction culture series, If You Were Me and Lived in… that explores customs and cultures around the world. She has co-authored a self help book, Navigating Indieworld: A Beginners Guide to Self-Publishing and Marketing. She lives on Long Island with her husband and near her children and grandchildren.
SITE  |  Facebook  |  Twitter  |  Goodreads  |  Pinterest
~~~~~~~~~~~~~~~~~~~~~~~~~~~~~~~~~~

Special thanks to Bianca at TCBR for the chance to bring this tour to you as well as to author Carole P. Roman for the copy for review.  (THANKS!)  For more information on this title, the series, the author, the illustrator, THIS TOUR, or those forthcoming, feel free to click through the links provided above.  This title is available now via Chelshire, so click on over to your favorite online retailer to order your copy today.

BEFORE YOU GO...
DON'T MISS YOUR CHANCE TO WIN IN THIS TOUR WIDE GIVEAWAY BROUGHT TO YOU BY TCBR AND CAROLE P. ROMAN! 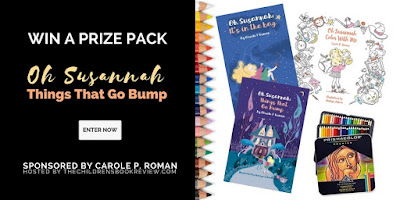 Enter to win an autographed copy of Oh Susannah: It’s in the Bag, Oh Susannah: Things That Go Bump, and Oh Susannah: Color with Me, by award-winning author Carole P. Roman—plus a set of 48 colored pencils!

Be sure to stop by the other sites on the tour for more bookish fun!

Thanks for your thoughts. I love Carole Roman's books. This is the perfect read for one of my grandchildren. Thanks for the great giveaway chance.
Carol L
Lucky4750 (at) AOL (dot) com

Thanks for posting. Love her books. My grandchildren would enjoy this.
Carol L
Lucky4750 (at) aol dot) com

I love her books . This is such an amazing giveaway opportunity. Thank you for the post.
Carol L
Lucky4750 (at) aol (dot) com