Let's make this the...BEST DAY EVER by Kaira Rouda

So, guess what?
It's my birthday.  Yup.  Totally have the day off, actually the week off as I'm FINALLY getting a little staycation time from work, and I'm celebrating it at one of my favorite spots...the library.  Hey, no judging; you do your thing, I do mine.  ^-^

In that same vein of things, whenever you celebrate your special day, you know you want to make it the BEST DAY EVER, and I thought, why not share my thoughts today on a book with that very same title, but with a WHOLE other meaning...am I right?  Of course, I am...and even if I'm not, it's my birthday so that makes me right automatically.  *giggle*  So, if you're ready, and please be sure you're ready, let's get this party started...and feel free to bring your friends along, or your dog not in the best of moods, or your protective other half because this story will have you reconsidering the inner thoughts and intentions of many.  Ready, set, spotlight on... About the book...
The perfect couple is the perfect illusion.

Paul Strom has the perfect life: a glittering career as an advertising executive, a beautiful wife, two healthy boys and a big house in a wealthy suburb. And he's the perfect husband: breadwinner, protector, provider. That's why he's planned a romantic weekend for his wife, Mia, at their lake house, just the two of them. And he's promised today will be the best day ever.

But as Paul and Mia drive out of the city and toward the countryside, a spike of tension begins to wedge itself between them and doubts start to arise. How perfect is their marriage, or any marriage, really? How much do they trust each other? Is Paul the person he seems to be? And what are his secret plans for their weekend at the cottage?
Forcing us to ask ourselves just how well we know those who are closest to us, Best Day Evercrackles with dark energy, spinning ever tighter toward its shocking conclusion.

In the bestselling, page-turning vein of The Couple Next Door and The Dinner, Kaira Rouda weaves a gripping, tautly suspenseful tale of deception and betrayal dark enough to destroy a marriage…or a life.

Okay, so many phrases have many different meanings and "best day ever" is DEFINITELY one of them.  Sometimes it depends on the person saying it, the progression of the day thus far, the plans just waiting to be kick-started into action, and sometimes it's completely and utterly out of our hands, and we don't even know it.  The emotions behind the words are just as widespread.  From humor to good intent, snark to malice, you'll have a hard time finding two utterings of the phrase with the exact same meaning in any given time or space.  Now that I've lost you, let me reel you back in...

The story we're presented here is entitled, BEST DAY EVER.  It is narrated predominantly by the husband, Paul, and told through his eyes...up to a point...and it all takes place in a space of about 24 hours.  Grant it, there are flashbacks and recollections of how, their lives came together, Paul and Mia (and others), as well as as his time growing up, but they are presented as appropriate, never revealing too much and yet everything in good time.  Though his intentions seem innocent enough, we catch glimpses along the way of something...well, not being quite right.  Was his jealousy to much?  Was his reaction over the top?  Was his interest in the opposite sex outside of normal limits?  Was his secrecy hiding more than an affair?  So many questions, so many twists and turns, so many dark corridors of the mind explored, and so many things about to come to light that were not intended for any version, including "dear old" Paul's, BEST DAY EVER. 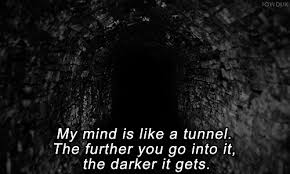 So, this reading season has uncovered a change in my reading interests...I don't care as much for psychological thrillers, and crime fiction as I use too.  I read them in my youth (go figure), but maybe because the world has enough darkness in it currently, it doesn't strike my fancy as much anymore.  That being said, this book...though very different from the last work I read from this author (The Goodbye Year...you should check it out!), I still found it curious.  I mean, the story development took SO much planning and while it was slow at times (a whole book being only 24 hours - about - can do that), it was never without some glimpse into the character's character, or a peek into what might be unfolding, or a chance to guess at how things would turn out...which trust me, you won't guess, but you will be happy with...mostly.

Recommended for spooky, creepy Halloween or otherwise adult reading lists as well as for those that like exploring the human condition.  He'd make an interesting case study...but I wouldn't want to get too close.  *-*

Kaira Rouda is a USA TODAY bestselling, multiple award-winning author of contemporary fiction. Her debut novel, Here, Home, Hope, was the Winner of the Indie Excellence Book Award in Mainstream/Literary Fiction, Winner of the USA Book Awards in the Women's Fiction category and received Honorable Mention in Mainstream/Literary Fiction for the Writer's Digest Book Awards. Her novel, The Goodbye Year, which was released in May 2016, was Redbook Magazine's “20 Best Books You Absolutely Must Read This Spring.” Kaira’s latest novel, Best Day Ever, is one of the major launch titles for Harlequin’s new imprint Graydon House, and will be available on September 19, 2017.

Kaira is also the author of Real You Incorporated: 8 Essentials for Women Entrepreneurs and the creator of Real Living, one of the nation’s most successful real estate brands and the first national women-focused brand in real estate. She has given speeches to both women and men’s entrepreneurial conferences and programs across the country on the power of women as consumers and in the world. Kaira was named Best Entrepreneur from the Stevie Awards for Women in Business, and was also recognized in Entrepreneur magazine’s inaugural Top 50 fastest-growing, women-led companies list.

In addition to her many entrepreneurial and literary accomplishments, Kaira is very active in both her native Ohio community and in her community in Southern California, where she now resides. Her philanthropic pursuits began when she founded Central Ohio’s first homeless shelter for families when she was twenty-five years old, and Kaira has since received numerous awards for her civic service.

Kaira’s family includes her husband of 28 years, her four kids, and her two spoiled dogs. She lives in Southern California and is at work on her next novel. After living in Columbus, Ohio, for most of her life, she now enjoys the beach whenever possible.

Special thanks to Taylan at Wunderkind PR and the Harlequin Books team for the copy for review.  (THANKS!)  For more information on this title, the author, the publisher, or future promotions, feel free to click through the links provided above.  This title just celebrated its book birthday last month via Graydon House, a new imprint from Harlequin, so be on the lookout for it on a bookstore shelf or virtual retailer of your choosing.

Happy birthday Gina! Thanks so much for reading BEST DAY EVER, and THE GOODBYE YEAR! So happy you enjoy my books! Hope you had a great birthday!!

Aww, thanks Ms. Rouda...for the wishes and another great read!