That which does not kill us makes us stronger...AARU by David Meredith

Today, we're taking a look at author David Meredith's sophomore release in the New Adult Fantasy/Science Fiction genre...although you wouldn't be far off placing it with techno thrillers either.  Now, I enjoyed my first venture, The Reflections of Queen Snow White, so I was familiar with his writing style (albeit it was his first release) and his tendency to put a more adult audience spin on some situations.  All good and well, in my book at least, provided you have some forewarning.  This one...I can't say I'm as on board with.  Get your head in the game before embarking on this reading quest because you're beliefs will be questioned, as will your faith in technology.  Ready or not, here comes today's book of choice... 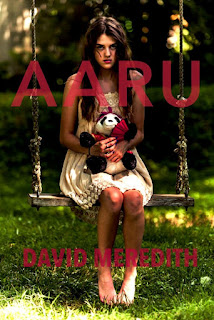 About the book...
"…Death and the stillness of death are the only things certain and common to all in this future…" -Friedrich Nietzsche Rose is dying. Her body is wasted and skeletal. She is too sick and weak to move. Every day is an agony and her only hope is that death will find her swiftly before the pain grows too great to bear. She is sixteen years old. Rose has made peace with her fate, but her younger sister, Koren, certainly has not. Though all hope appears lost Koren convinces Rose to make one final attempt at saving her life after a mysterious man in a white lab coat approaches their family about an unorthodox and experimental procedure. A copy of Rose’s radiant mind is uploaded to a massive super computer called Aaru – a virtual paradise where the great and the righteous might live forever in an arcadian world free from pain, illness, and death. Elysian Industries is set to begin offering the service to those who can afford it and hires Koren to be their spokes-model. Within a matter of weeks, the sisters’ faces are nationally ubiquitous, but they soon discover that neither celebrity nor immortality is as Utopian as they think. Not everyone is pleased with the idea of life everlasting for sale.
What unfolds is a whirlwind of controversy, sabotage, obsession, and danger. Rose and Koren must struggle to find meaning in their chaotic new lives and at the same time hold true to each other as Aaru challenges all they ever knew about life, love, and death and everything they thought they really believed.

That was...completely disturbing on SO many levels. 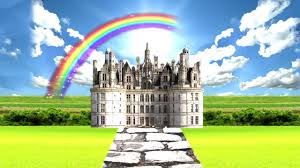 First of all, the general concept...essentially man playing God.
Now, we've dealt with that idea for eons in so many ways, but this time around, we're talking about capturing the essence of a person so that when their body passes, they still live on.  It's a heady concept.  I mean, for me, I likened it to saying that in THIS world, Aaru is the mother computer, and we're all simply walking, talking, wireless devices, able to be uploaded, downloaded, or deleted at a moments notice.  I know our brains are complex and there is electrical activity and processes followed similar to a computer, but the very idea of "capturing" someone, so to speak, for all time is troublesome to me. I mean, computers have coding that's WRITTEN (predetermined God complex, anyone?), so how does one allow it to continue to thrive, change, and grow without user input?  Mapping the brain for the patterns of things is grand, but for the synapses to fire, they have to have some stimuli, hence the being alive part....I"m getting a headache now, so that's as far as I'm taking that concept. 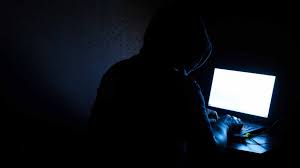 Secondly, the sadistic twist in the story.
I get it.  Aaru presents us with a virtual "heaven" where the good people of the world can live on for all time, and interact with their families through "windows" as the years pass...but no system is perfect.  Bad things happen, and if technology glitches, breaches, and hacks of today are any sign, they only get worse.  There is no such thing as an absolutely secure system, so whether an unacceptable "Resident" arrives in Aaru, or some beastly animal in the "Before" (our world, live and in living color) tries to twist things for their own nefarious plans, though unwanted and protected against, they can still happen.  Speaking of beasts, that part of the story with "Magic Man"...aka the douche that needs to have X number of volts coursing through his supposed manly bits to be taught one of MANY MANY MANY lessons...was both unexpected and again, disturbing.  I did NOT see that weirdo coming and the dark corner that the story turned when following this character's story line, was not something I signed up for.

So...in the end, while it certainly starts with an odd, unusual, and heady idea, the darkness that begins to tinge everything was too much for this reader. I finished, but I can't say I'll be seeking out the next installment...oh yes, there will be more thanks to that ending.  ~shudders~  Recommended for tech minded readers that like questioning the hereafter and the existence of the powers that be, but be warned....adults only due to that darker content I mentioned.  The scenes aren't many, but the feelings/emotions taint the surroundings.

David Meredith is a writer and educator originally from Knoxville, Tennessee. He received both a Bachelor of Arts and a Master of Arts from East Tennessee State University, in Johnson City, Tennessee. He received his Doctorate in Educational Leadership (Ed.D.) from Trevecca Nazarene University in Nashville, Tennessee. On and off, he spent nearly a decade, from 1999-2010 teaching English in Northern Japan, but currently lives with his wife and three children in the Nashville Area where he continues to write and teach English.

Special thanks to author David Meredith for the copy for review.  (THANKS!)  For more information on this title, the author, or his other works, feel free to click through the links provided above.  This title is available now in "tree" and "e" formats, so click over to your favorite online retailer to secure a copy of your own.